Come play for us in the Fed Cup! Emma Raducanu has charmed Romania and now her father’s homeland wants to poach her

By Mike Dickson for the Daily Mail

The unfortunate timing of the Transylvania Open means that few of Emma Raducanu’s Romanian fan club will be able to see her in person this week.

Local lockdown measures have ensured that, but there is no doubt that she has made a strong impression on the large contingent of home players.

So much so that one of them – 28-year-old Ana Bogdan, who will face Raducanu in Thursday’s second round – said she would like to see the British No. 1 throw her lot in her father’s native country. 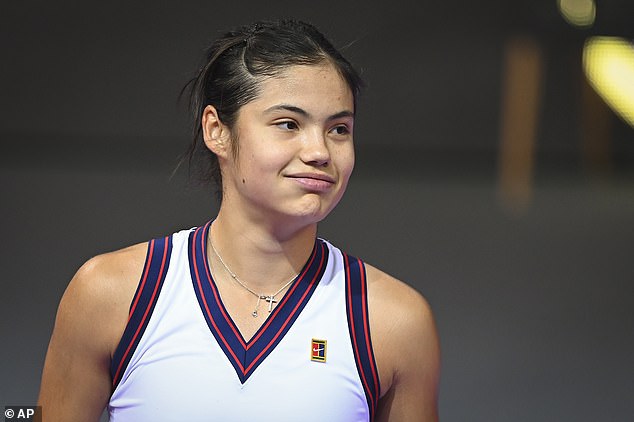 Raducanu has talked about how the Romanian players — more numerous than female Britons on tour — were particularly friendly and ‘took me under their wing’.

Bogdan, the number 106 in the world, replied: ‘If she wants to play for the Romanian Fed Cup (Billie Jean King Cup) team, she is more than welcome.

‘She was born in Canada but grew up in the UK. It’s amazing, I also understand that she speaks Chinese. She also speaks a few words in Romanian. This is pretty sweet, she has a sweet accent.’

Whatever her multicultural roots, Raducanu is made in England and will not represent anyone else.

Her next fully competitive appearance in the UK could be in February, when the British BJK Cup team draws at home in their qualifier for the annual final. 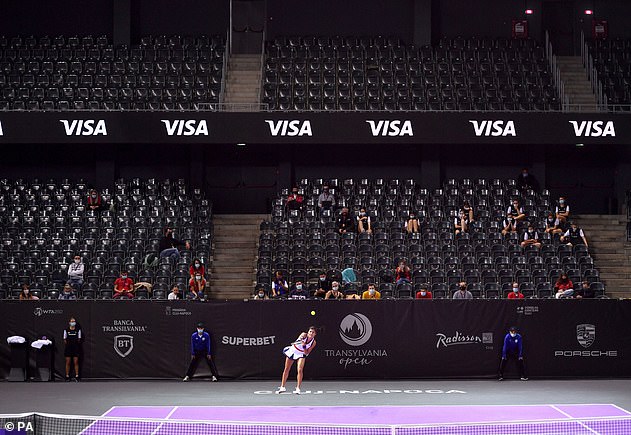 Nevertheless, Bogdan, one of eight Romanians in the top 150, still found what she did when winning the US Open inspiring.

“She showed that anything is possible if you work hard, believe and stay positive. If you do the right things, you can do it.

‘It is very important to have the right attitude. That’s what I admired when I saw her. I admired her focus, her footwork, her shots and the way she behaved. That smile and that innocence on her face, that was the key. It was an inspiration to me and to many girls out there.

“Somehow in that final I expected her to win. Because her playing is great. Her shots are very good and deep, strong and powerful.’

Bogdan is as high as 59 in the world, but her current position of 106 suggests she shouldn’t pose too much of a threat to the US Open champion. 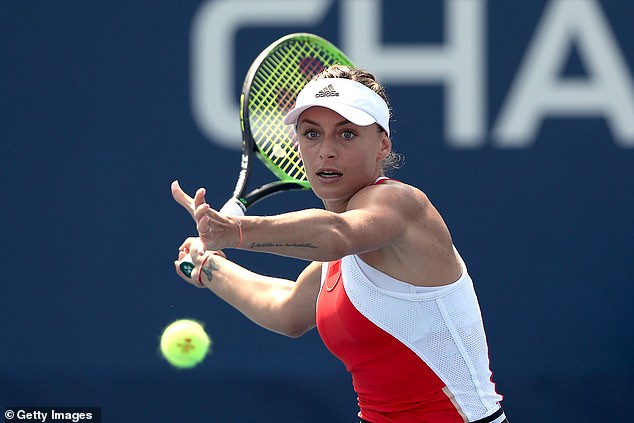 Britain’s No. 1 will face Romania’s Ana Bogdan in the second round of the Transylvania Open

However, these slow indoor courts in the BT Arena can act as a leveler.

Raducanu was delighted to make it through her first round, for what was her first win at the regular level of the WTA Tour. The most anticipated would be a semi-final on Saturday against her fellow local hero Simona Halep.

The British number 1 stood in the stands to watch the former Wimbledon champion win her first round on Wednesday. Although ordered to keep this event behind closed doors, there was again a three-figure total of people who had found their way in one area or another.

Cam Norrie will face Canada’s Felix Auger-Aliassime in the second round of the Vienna Open on Thursday, hoping to knock out one of his rivals for a place in next month’s ATP Finals in Turin.

Pressure continues to be on Norrie after one of his closest challengers, Italian Jannik Sinner, dragged him to 11th place in the race on Wednesday by beating US giant Reilly Opelka in Austria. The ninth finisher qualifies.

Whatever happens in the coming days, it won’t be decided until next week when double the qualifying points will be offered at the indoor Paris Open in Bercy.