Emergency services are fighting a fire that broke out on the 20th floor of a high-rise block in south-west London.

Firefighters rushed to the scene on Westbridge Road in Battersea tonight and received reports of a massive fire.

According to the fire service, the fire is limited to a three-bedroom flat, with almost 80 percent of the building on fire.

Station commander Pete Johnson, who is on the scene, said: “The crew were confronted upon arrival with a lot of smoke coming from the top of an apartment building.

“There was also a lot of visible flame, which led to a large number of calls to our Control Officers. 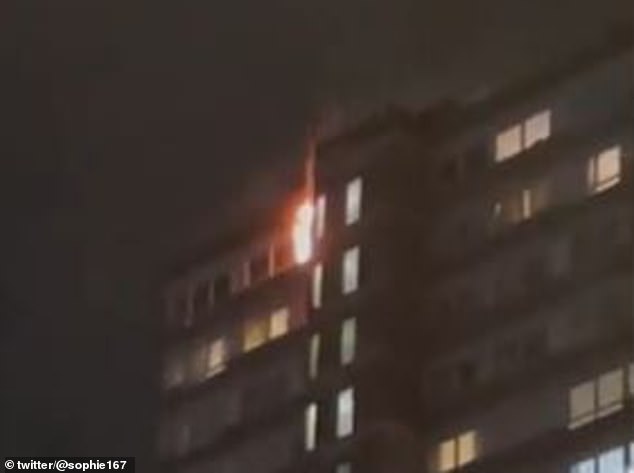 Firefighters are working hard to get the blaze under control. There are a number of road closures.’

The London Fire Brigade tweeted: ‘Ten fire engines and about 70 firefighters have been called to reports of a fire at a block of flats on Westbridge Road in Battersea. More information follows.’