Dominican Republic agents chasing suspected drug smugglers on the high seas discovered a $9.9 million shipment of cocaine hidden under the speedboat’s panels after the ship was abandoned on a beach.

The National Drug Control Directorate said in a statement on Wednesday that security forces saw the vessel approaching the Caribbean nation after crossing the Atlantic Ocean from South America.

Narcotics and military officers chased the smugglers on Tuesday and ordered them to stop, but the drug smugglers reached the shore of a beach in Enriquillo, a town in southwestern Barahona province. 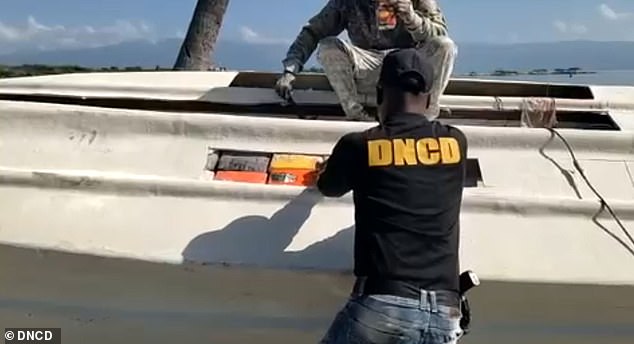 An agent for the National Drug Control Directorate in Barahona, Dominican Republic, inspects a speedboat on Tuesday after it was abandoned by smugglers crossing the Atlantic from South America with a shipment of 248 packs of cocaine, each weighing at least one kilogram. . No arrests had been made on Wednesday 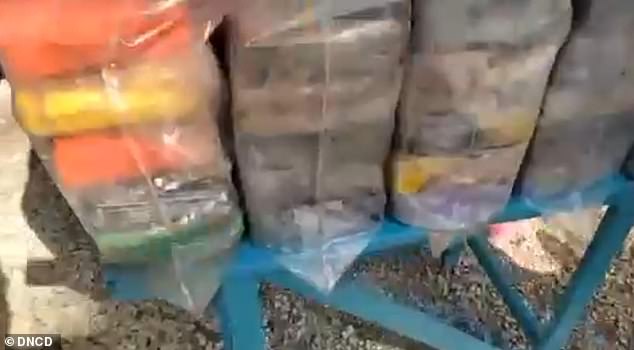 The Dominican Republic’s National Drug Control Directorate announced on Wednesday that officers were able to remove 248 packets of cocaine that had been left in a speedboat on the shores of a beach in Enriquillo, a town in southwestern Barahona province.

The drug traffickers exited the speedboat and fled without being caught, but officials identified the suspects as Dominican and foreign nationals.

Officers searched the ship and found approximately 248 packages containing at least one kilogram of cocaine each, which were located beneath the single-engine motorboat.

“Normally, this type of inspection is performed after every operation when a ship is crossed on the high seas or on the short seas so that we can rule out[the presence of narcotics],” said Navy spokesman Captain José Vásquez at a news conference. . “These criminal networks think they are going to mock the authorities.” 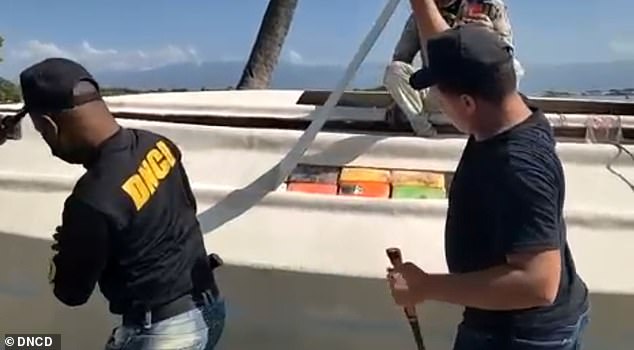 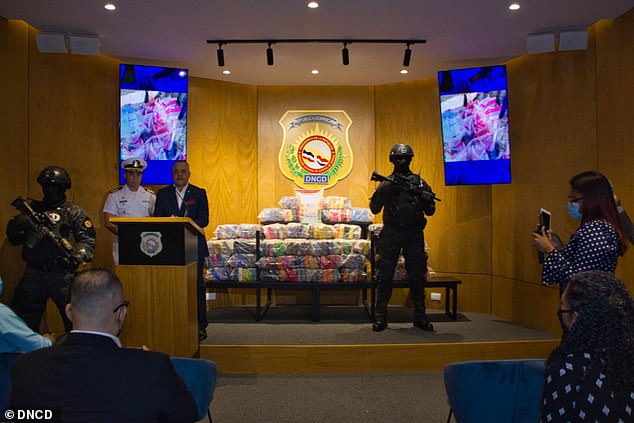 The cocaine shipment seized by the Dominican Republic’s National Drug Control Directorate has a street value of $9.9 million

The operation was the latest in a series of arrests by Dominican authorities in an effort to thwart local drug-trafficking organizations working with major networks in Mexico and South America to flood the United States, Europe and Puerto Rico with cocaine.

A South American narco jet crashed into Oviedo, a city in southwestern Perdenales province, on Sept. 29, after the Cessna pilot refused military orders to land.

Authorities on the ground found a total of 288.87 kilograms of cocaine, spread over 277 plastic-wrapped packages.

According to the DEA’s 2020 National Drug Threat Assessment, “Dominican TCOs (transnational criminal organizations) are working with foreign suppliers to ship cocaine, heroin and fentanyl directly to the northeast from Mexico, Colombia and the Dominican Republic.”

The report also noted that “Dominican traffickers are taking advantage of Puerto Rico’s status as a U.S. territory to facilitate commercial air transportation of cocaine to the United States, primarily to northeast and south Florida.”

Dominican TCOs typically use small ocean-going vessels to transport cocaine and heroin from the Dominican Republic to Puerto Rico via the 80-mile stretch of sea known as the Mona Passage, and then these smugglers use mail, commercial shipping services and ocean-going vessels to deliver illegal drugs to the United States. the United States,” the DEA said.