A convicted fraudster on the US Marshals’ 15 Most Wanted list may have been spotted at a televised 2016 Los Angeles Dodgers game, and the agency is now seeking the public’s help in finding him.

A fan watching the game from home saw someone who looked like John Ruffo, who has been on the run for 23 years after being convicted of a $353 million bank fraud in Virginia. He is believed to have fled with $13 million that has never been recovered from the scheme.

Ruffo, now 66, a former computer salesman, was sentenced to 17 and a half years in prison in what the US Marshals said was “one of the largest bank fraud scams in American history.”

Ruffo’s own cousin Carmine Pascale, of New Hampshire, reported the possible sighting of the Dodgers to the US Marshals, according to ABC News. He said he saw a familiar face four rows behind home plate while the Dodgers played against the Boston Red Sox on August 5, 2016. 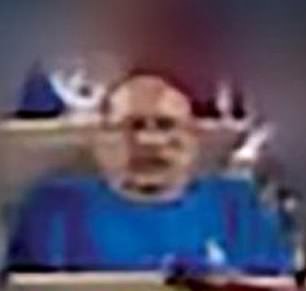 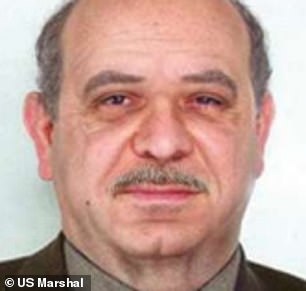 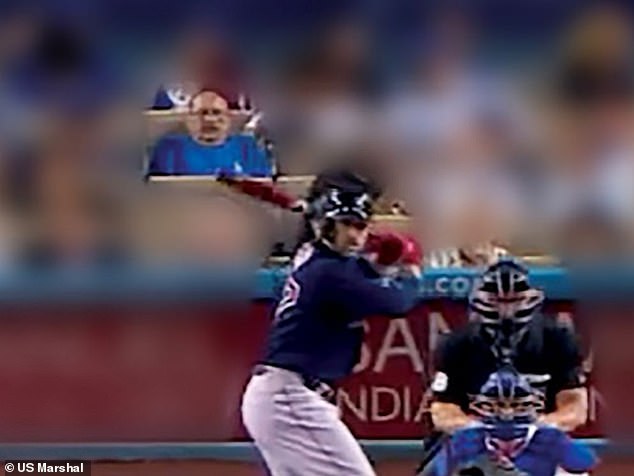 A fan watching the Dodger from home reported seeing a man four rows behind home plate who resembled John Ruffo, a fugitive on the US Marshals’ 15 Most Wanted list. 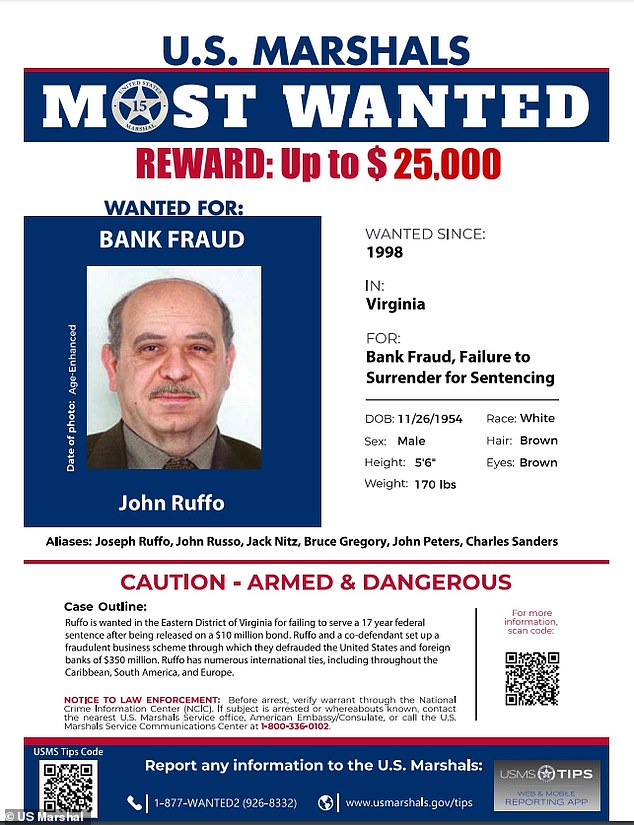 US Marshals ask the public for help finding John Ruffo, who has been on the run for 23 years 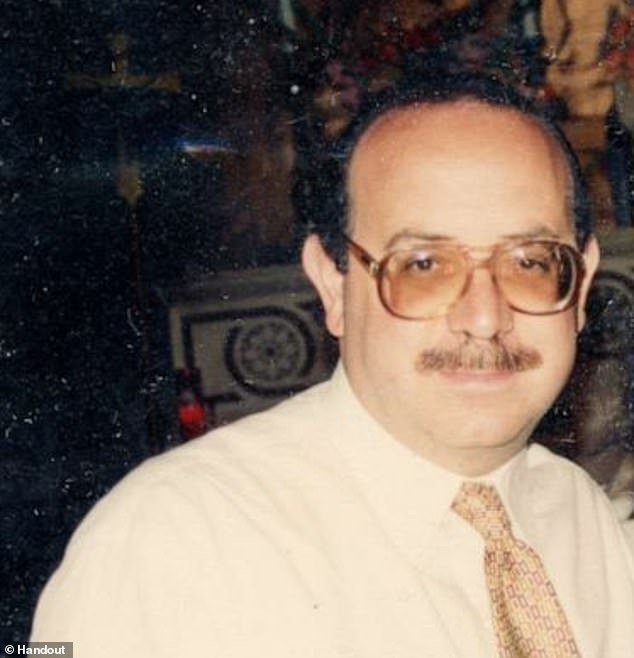 He was convicted of $353 million bank fraud and sentenced to 17 and a half years in prison, but fled with $13 million

“I’m watching and just behind home plate they took a close-up of the batter and there’s Johnny,” he told ABC News. “And I said, ‘Holy Christ, there he is. And I immediately called the marshals. I froze the frame and held it right in front of me.’

Ruffo was given a $10 million bail and had to report to a federal prison in New Jersey in 1998, but he never showed up. He was last seen on surveillance footage the same day withdrawing money from an ATM in Queens and investigators discovered he was driving a car that he parked at John F. Kennedy Airport.

Multiple sightings of Ruffo have been reported since then, but the ATM images are the latest to be confirmed. Ruffo’s case will be explored on the upcoming second season of the ABC News podcast, “Have You Seen This Man.”

“The worst are when you don’t have a solution,” Deputy Marshal Danielle Shimchick, the lead investigator of the Ruffo case, told ABC News. “That bothers me, is you just don’t know, is he or not? The images of the Dodgers, is that him? Is that Rufo? Or not?’

Pascale said Ruffo was “hiding out in plain sight.” he said. ‘Brutal, confident. ‘They won’t get me. Catch me if you can.”’

Deputy Pat Valdenor, an LA Marshal, heeded the first tip, noting that it’s rare to get one that comes with video evidence. According to Valdenor, the resemblance was “strong.”

‘It kind of looks like him. It could be him,” he told ABC News. ‘So that was my starting point. That was the lead I got.’

After making contact with the Dodgers, Valdenor discovered that the man was in Section 1 Dugout Club, Row EE, Seat 10. 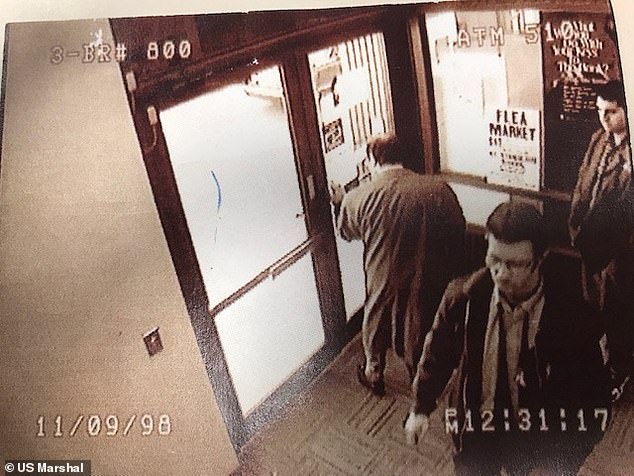 Ruffo was ordered to report to a federal prison in New Jersey in 1998, but he never showed up and was last seen withdrawing money from an ATM in Queens. 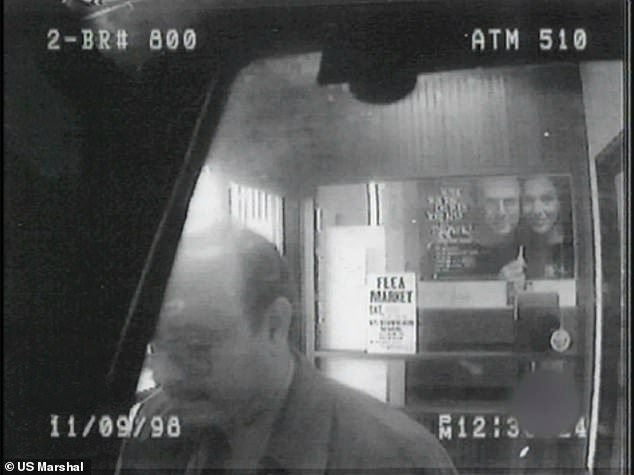 Investigators found he was driving a car that he parked at John F. Kennedy Airport

Michelle Darringer, the team’s head of risk management, recalled that the US Marshals had contacted her for assistance in locating the ticket holder. “Our receptionist called me and said, ‘There are US Marshals here. They want to see you,” she told ABC News. “I remember they told me he was one of the most wanted people. … It was a tip that this person had been at the match and they should try to confirm that.’

However, Valdenor came to a dead end after establishing who had bought the ticket, as the original holder had sold it. For such a first-class seat, the ticket could have gone through several people before reaching the man sitting there that day.

“It’s going to be frustrating,” he told ABC News. “Especially every time you get a name, you think this is going to be it. Or at least one step closer. And in this particular case – every name I have, every name I’ve ticked off, is one step further.”

Investigators are now asking the public for help and releasing a photo of the game as the Dodgers set to play the National League Wild Card game on Wednesday.

“The public is by far our greatest resource,” Nick Proffitt, US Marshal for the Eastern District of Virginia, said in a statement to the public. “We’re asking for your help in getting this fugitive’s photo out so we can bring him together. He’s been on our 15 Most Wanted list for 20 years and it’s time for John Ruffo to pay his debt to society.”

The US Marshals believe that Ruffo is taking on a new identity and for this he used numerous aliases known to the US Marshals, including Joseph Ruffo, John Russo, Jack Nitz, Bruce Gregory, John Peters and Charles Sanders.

He is believed to have multiple international connections from his time as a New York businessman and spent time in both Aruba and Italy before being convicted. Researchers said it could be anywhere in Europe, the Caribbean, Central or South America.

“The world is a lot smaller today than when Ruffo fled,” Donald Washington, director of the US Marshals Service, said in a press release. “We only need one tip to catch up with Ruffo. By now he is probably well established and comfortable whatever alias he lives in. He could be anywhere in the world.’

Ruffo is six feet tall and weighed about 170 pounds in 1998. He is described as a ‘master manipulator’ and a storyteller who ‘liked to spread the truth’, with a ‘desire to impress others’. Researchers added that he is lactose intolerant, computer literate and enjoys fine wines, gambling and nice hotels.