DAVID JONES: The feel-good story of the rise of the Williams sisters is full of top spin

An empty highway that cuts through the lush greenery of the Florida Everglades. Summer, 2001.

Parked in a lay-by, as instructed, I wait for Richard Williams, father and self-proclaimed creator of teenage tennis sensations, Venus and Serena.

Half an hour after our arranged meeting time, a custom-built black sports car comes to a stop a few inches from my rear bumper.

‘Get in!’ he barks, roaring away before I can close the passenger door.

As the needle hits 100 mph, Williams swings frantically from lane to lane, obviously taking pleasure in my alarm and bombarding me with aggressive questions. 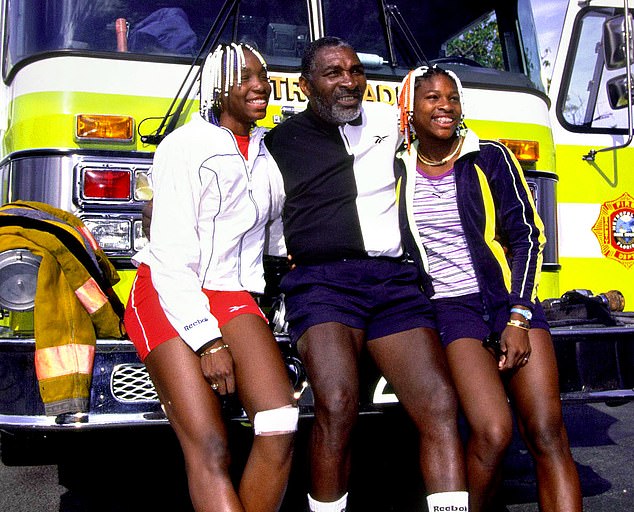 What is my agenda? Is it positive? Why would he trust me? And, oddly enough, did I go to college?

He then declares himself a self-taught polymath, brilliant in science and art, and a “genius” in mathematics.

He compares his ability to work without sleep with that of Napoleon and Martin Luther King.

Thus began my disturbing and at times surreal day with ‘King Richard’, as it’s styled (no doubt to his delight) in a biographical film that hit UK cinemas this weekend.

After molding Serena into the greatest female tennis player of all time, with Venus close behind her, Williams was the architect of perhaps the most daring human experiment in sports history.

Brilliantly played by Will Smith, the film claims to tell the true story behind his mission to program his daughters into tennis glory.

I say “claims” because since I had access to this phenomenal sister act from the moment they pierced the white privileged bubble of “ladies tennis”, I know this sentimental feel-good movie – produced by Venus and Serena themselves and based on the autobiography from their father – reveals only the sugar-coated version of their story.

The more sinister aspects are either ignored, distorted or quickly obscured. 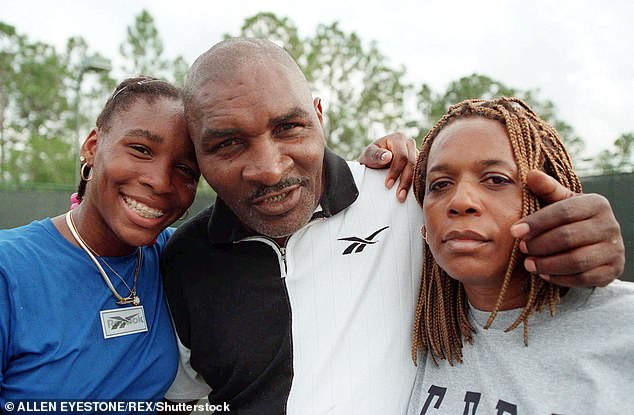 The script manages to do this by ending the action in 1994, when 14-year-old Venus made her professional debut.

Events after that are picked and presented as newscast captions and flashbacks.

We are reminded of the sister’s huge sponsorship deals; Serena’s world record 23 Grand Slam wins; Venus’ seven Wimbledon titles; their immeasurable contribution to the empowerment of black women and women.

We also get the impression of a family that, although it has had its differences, remains united.

But if the story had been allowed to go on for a few more years, the audience wouldn’t have left their seats in such a warm glow.

Because while Williams has undoubtedly made his dream come true (Venus and Serena are worth £225 million together and the latter is widely regarded as the greatest female player of all time), his success has paid a significant price.

Indeed, when I met him 20 years ago, the myth he created was already beginning to show cracks. He invited me into his innermost sanctuary in an attempt to transcribe them.

First he took me to a ghetto, where gang members gave him a high-five ‘out of respect’.

Then on to a project for underprivileged children, which he claimed to have funded with the millions his daughters had amassed. 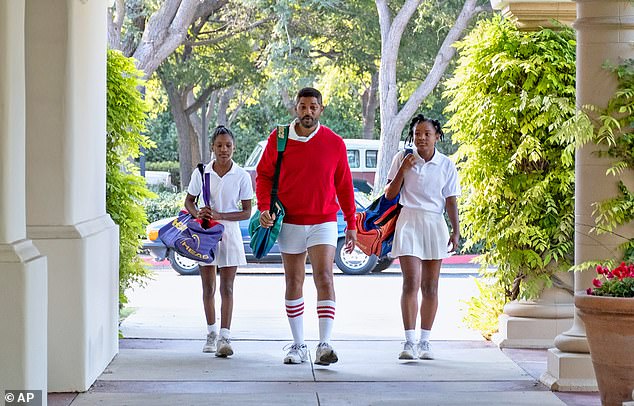 He showed me streets ‘named after him’. And that while he juggles business deals on his four mobile phones.

As night fell, I became the first journalist allowed into “Leisure Acres,” the estate behind whose electrified 10-foot-high walls he let his daughters practice until their hands blistered, and subject them to the rules set forth in his 78-page “masterplan” for tennis immortality.

Williams took me to his tennis lab – lined with mirrors on the wall so this ultimate egotist could watch himself at work – and logged into the 4-square-foot computer screen where he not only analyzed the tennis stats of Venus and Serena, but also those from their rivals.

We climbed aboard the RV into which he carried them between tournaments (so they didn’t have to mix with other girls on the tour).

The livery was sprinkled with images of his protégés flanking their mentor, the “greatest father on earth.”

The King Richard who treated me was a far cry from the good natured despot in the movie. While fascinating, he seemed calculating and even menacing to me. 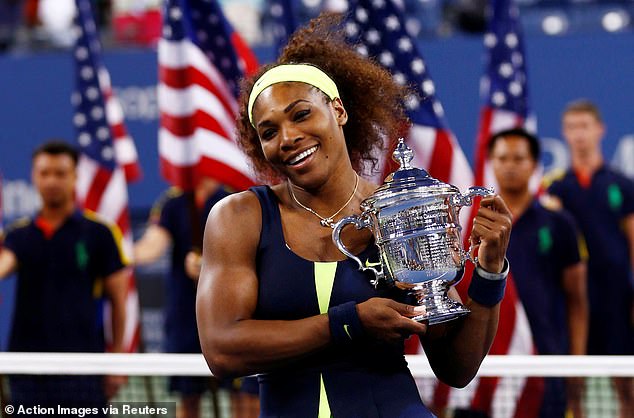 On the track, his girls may have been confident and sassy, ​​as we’re told. But beyond that, thanks to their secluded, disciplined upbringing, they were well into their twenties before becoming the admirable role models we see today.

How should I know that? When Venus was 18 and Serena just 17, I also flew to Florida for their first non-tennis interview.

With Wimbledon approaching, I hoped to hear about their unconventional upbringing, their tastes in music and fashion, outside interests and whether they had any boyfriends.

Unfortunately, I was met with unpublished nonsense and adolescent giggles for an hour, punctuated by incessant pings as the girls, sitting side by side, texted each other using their new toys, Nokia mobile phones.

Their father’s refusal to allow them to socialize with their peers, and his insistence that they exercise every spare minute, had deprived them of even basic social skills.

Richard wasn’t the only one who was wrong. Their mother, Oracene, a Jehovah’s Witness, was equally strict, forbidding the girls from dating boys until they were 18. “If they’re dating, they’d plan on getting married,” she told me.

The fear that her ingenuity could be vulnerable to the amorous advances of more mature female players was another concern.

“They’re in the locker room talking to these older women—undressed—and they’re lesbians,” I remember her saying gravely.

For Venus and Serena, the cold realities of life as sports icons first came to life in 2001, after a cousin claimed their father determined the outcome when they played against each other to keep both girls at the top of the rankings.

This damaging claim may have explained the booing Serena greeted the next time she stepped on the court, at the French Open. However, her mother attributed it to racism.

Whatever the truth, things took a turn for the worse with the emergence of an ugly rift between Richard and Oracene.

The film shows the couple arguing violently but peacefully, largely over his habit of making important decisions about their daughters without consulting her. 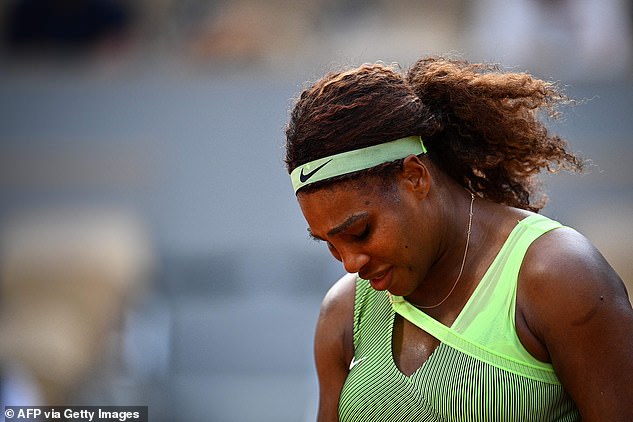 There is no suggestion that Williams resorted to violence. Shortly before our meeting, however, I discovered reports filed by the Palm Beach County Sheriff that officers had been called to “Leisure Acres” twice, in 1997 and 1999, on suspicion that Williams had assaulted his wife.

The couple then split and divorced in 2002, ending the second of Williams’ three disastrous marriages.

When he left his first wife, Betty Johnson, one of their five children accused him of leaving them in poverty.

His third, Lakeisha Graham, 38 years his junior, bore him a son before their marriage came to a bitter rift in 2017 after just five years.

The most tragic chapter in the story of the real Williams sisters, however, came in 2003, when their older half-sister, Yetunde Price, was murdered in a drive-by shooting in the infamous Compton suburb of Los Angeles.

The film uses much of Richard’s courage to face gang members who harassed the then 19-year-old Yetunde while watching her sisters practice on the hole-in-the-wall local courts.

What it doesn’t tell us is that, as the boss of a security company that makes $1 million a year (he told me), he had the resources to raise his family in a safer area. But raising Venus and Serena in Compton was always part of his master plan. 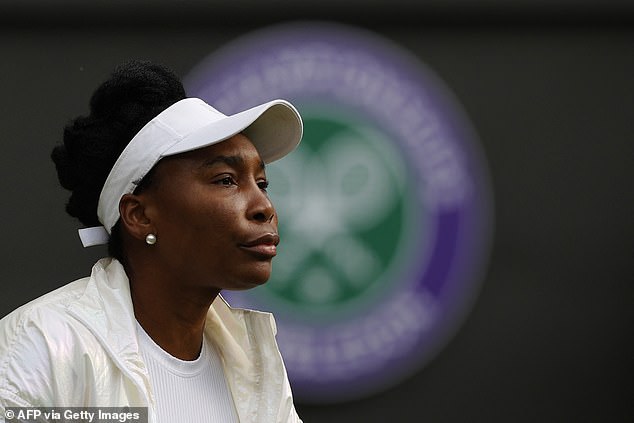 Venus Williams has an impressive seven Grand Slam titles, but has struggled for success in recent years

Given that sports legends like boxer Mike Tyson and basketball star Larry Bird had emerged from the ghetto, he thought it would make them stronger for the tennis circuit.

His recklessness had catastrophic consequences. When top coach Rick Macci offered Venus and Serena a scholarship to his academy, the family left for Florida.

But Yetunde, who had graduated top of her class, was deemed old enough to be left behind to complete her education.

Tragically, left to her own devices, she encountered a violent gang and was driven through a drug-trafficking zone by her boyfriend when she was hit by a bullet intended for him.

Watching the cleaned-up film over the weekend, I wondered if her stepfather, Richard, now 79 and weakened by a number of recent strokes, would at least accept some responsibility for the collateral damage caused by his vain search.

If we recall the messianic glint in King Richard’s eyes as we drove down that Everglades highway, it seems highly unlikely.

Las Vegas strip club stops auditioning after more than 1,000 women signed up to try it out