A young Australian couple is warning potential investors to invest cautiously in cryptocurrency after losing more than $100,000 to scammers.

Emma Robinson and her partner Hugo De Meira Quintao were saving for their first home and decided to invest in shares in a crypto exchange through a company called StockLaunch.

They thought they were using an established company in Ireland to buy a stock launch for CoinBase, but instead, the scammers cloned the platform’s address and stole their money.

“At one point someone broke the accent and I thought, ‘Wait a minute, this is weird,'” Hugo told ABC.

“I got my family lawyers to contact their lawyers, and then they told us it wasn’t their website.” 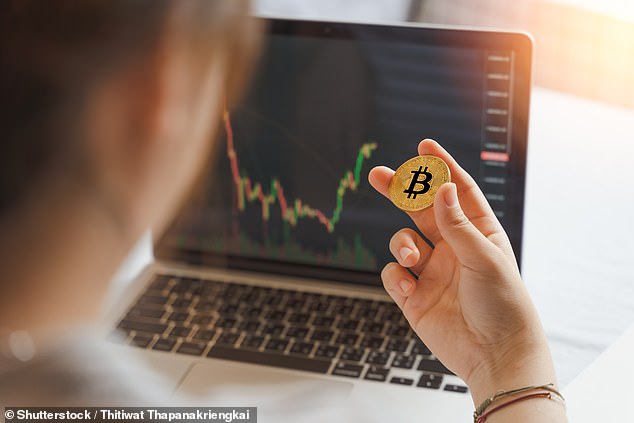 A young Australian couple warns potential investors to invest cautiously in cryptocurrency after losing more than $100,000 to scammers

The pair lost more than $100,000 through a series of deposits to the scammers who pretended to use their money to invest in CoinBase, one of the largest crypto exchanges in the world.

Emma, ​​who has been investing in the stock market since high school, said they realized something was wrong when her latest $7,000 deposit was returned.

After investigation by her partner’s lawyers, they realized that the scammers had copied all relevant information from CoinBase, but it was completely illegal.

“It was a real shock, it was really disturbing,” she said.

“You hear a lot of success stories, a lot of people made 2000 percent of their money in a few months, so it’s very exciting for young people.”

Experts say Australians have invested $8 billion in crypto in recent years since the explosion, and that popularity has made it a prime target for fraud.

There are an estimated 300,000 cases of cyber fraud per year in the country amounting to $42 billion.

Emma believes banks should do more to protect their customers after failing to find support from Westpac or Commonwealth Bank.

“When I reported it to Westpac, they said there was nothing they could do. They didn’t even refer me to another department, they just couldn’t do anything,” she said.

“I got a similar answer from the Commonwealth Bank.”

Speaking anonymously to the ABC, a cybercriminal said Australia’s wealth and keen interest in cryptocurrency made it an attractive market for scammers.

“Australia is one of the richest countries on the market,” the scammer told ABC. “Australians are very interested in Bitcoin. I personally speak to about 25 people a day and about five make a deposit at that time.’

He says there are currently about 200 scam companies operating in the country where he lives.

The man said people can avoid scams by not taking part in unfamiliar phone calls and emails from people offering them the opportunity to make money.

On Monday, a high-profile cryptocurrency trading platform collapsed, leaving hundreds of traders outraged over losses as high as tens of thousands of dollars.

myCryptoWallet was launched in 2017 as a digital marketplace to buy and sell cryptocurrency, but was investigated by ASIC after user complaints started in 2019.

The Melbourne-run exchange myCryptoWallet has been wound up and tattooed founder Jaryd Koenigsmann is silent on the company’s long-running dramas.

Terry Grant Van der Velde of Brisbane insolvency specialist SV Partners has been appointed liquidator in a new statement from the Australian Securities and Investments Commission.

There is no suggestion that Mr. Koenigsmann is responsible for missing funds from users.

myCryptoWallet was launched in 2017 as a digital marketplace to buy and sell cryptocurrency, but was investigated by ASIC after user complaints started in 2019.

It claimed to have over 20,000 users just three months after its high-profile launch.