A crocodile-obsessed Australian expert who enjoys ‘cuddling’ with their salty pet ‘Wez’ and taking him for walks on a leash, offers classes for young people, including handling the house-trained apex predator.

Darwin’s Kade Skelton studied Zoology and ‘Predator Ecology’ before working as a caretaker with adult man-eaters to run a business to raise awareness about them.

Skelton’s social media for the Crocodile Kade business shows the depth of their passion for crocodiles, from a bedroom full of crocodile gear to their dedication to Wez.

Crucially, Skelton spent years training and working with crocodiles and even had experience handling five-meter monsters at Darwin’s Crocosaurus Cove before adopting the ‘spoiled’ Wez as a cub. 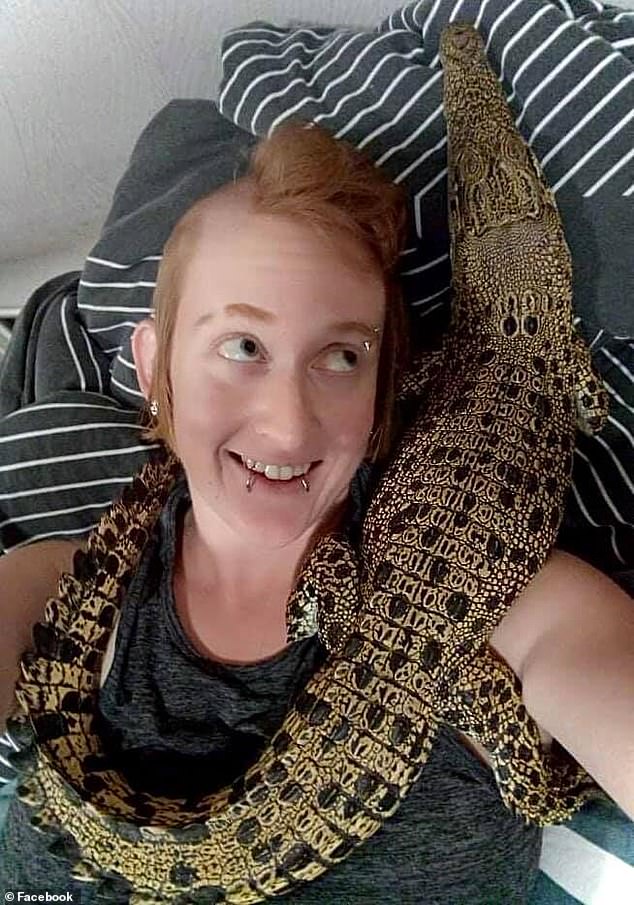 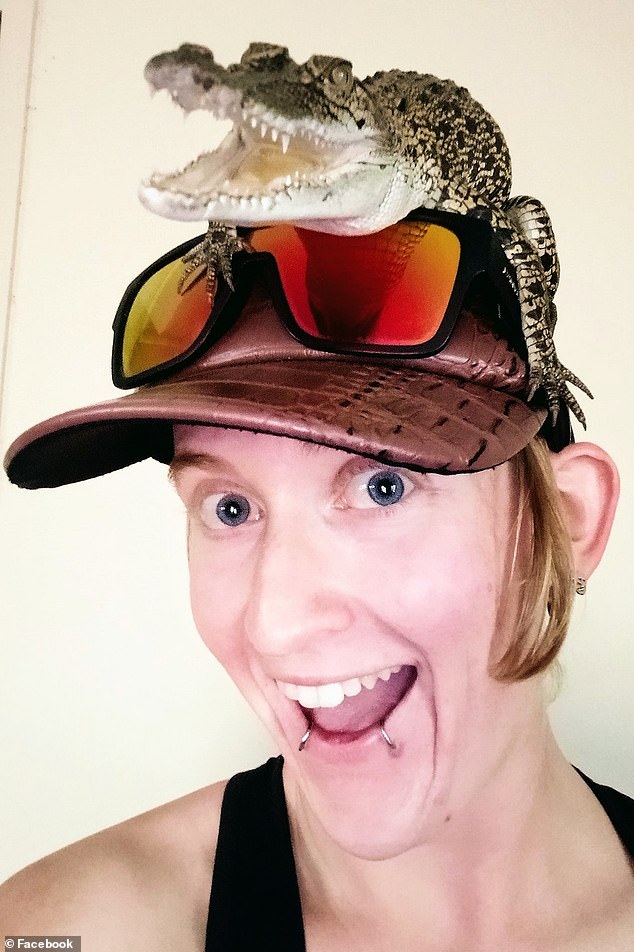 Skelton studied zoology and predator ecology and has worked as a crocodile caretaker making them familiar with juvenile Wez, which they had from a boy

Hilarious and playful images show them swimming with, kissing and cuddling with the almost two-year-old Wez, which they use in lessons and presentations.

Videos show him walking on a leash while the crocodile climbs on a bed next to Skelton at night and painstakingly prepares the growing predator’s meals, which consist of raw chicken, beef and bones, shrimp and fish.

Although they admit in reports that Wez has had occasional accidents in the house, the young crocodile is generally potty trained.

A remarkable video shows Wez napping on Skelton’s pillow while they scratch his head.

‘This animal, I swear, it brings me so much joy! I can only hope I do the same for him. Even if only if I feed him,” they wrote in one post.

In a Christmas 2019 post titled “Snappy Christmas,” Wez appears to be quietly on their knees under a decorated tree.

In another caption, “date night,” Wez is eating at the dining table next to them.

‘We had dinner together tonight! Video in my story of Wez smashing his kangaroo sausages,” Skelton posted.

They also have a human partner, Sam, whom they refer to as Wez’s “father” on social media.

‘Saltwater crocodiles have always been Kade’s greatest passion’, says the company description. “This worship has led to their very successful careers with these animals.”

The sessions include guided treatment from Wez and cost between $125 for a short view to $500 for a three-hour educational class. 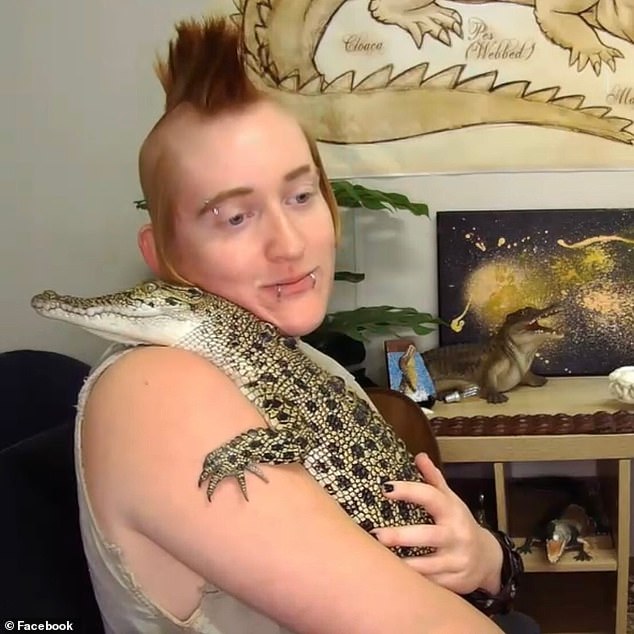 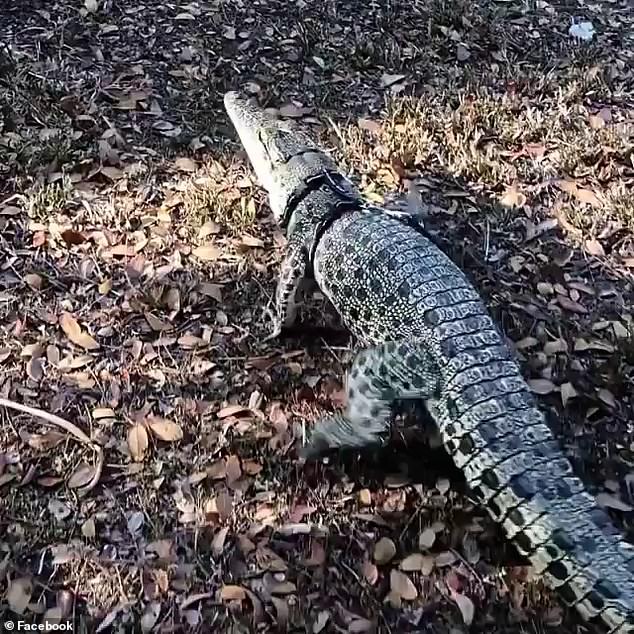 Skelton takes Wez the juvenile crocodile for walks on a leash

“Wez the crocodile has been handled since he was five days old and is very well behaved in public settings and is very accustomed to handling,” Skelton’s website says.

“But his jaws will be held back the entire time he’s on the property to ensure the safety of others.”

Safety is one of the topics covered, including ‘a discussion of safe behavior in crocodile land, with an interactive test to help the public understand where it is safe to swim’.

Skelton got Wez as a youngster from a zoo where they worked.

“It was hard to pick just one, but I was drawn to him and picked him up, he was so calm and comfortable in my hand,” Skelton said.

“I actually put it back because I was so nervous about making the wrong decision, but I picked it up again because I couldn’t deny that ‘connection’.

“I was sorry to bring him back, but he tried to bite me when I picked him up a second time so he got his reward.”

Kurtis Scott’s father vows to find out cause of death after he died at Sunshine Coast, Queensland home