By Aaron Sutcliffe For Mailonline

Coventry’s unexpected high-flying start to the season surprised even the players.

“We didn’t expect to be in this position,” admitted 19-year-old Ian Maatsen, scorer of a classy goal as Coventry beat recently relegated Fulham to move up to third in the championship.

Ever-present since he came on loan from Chelsea in the summer, the Dutch youth international fullback was delighted to score his first City goal. 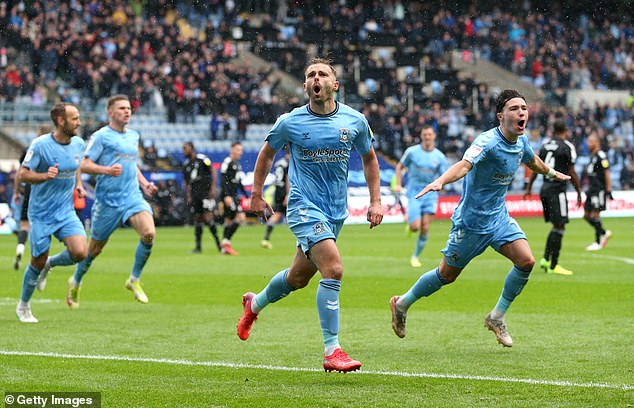 Coventry’s flying start was fueled by remarkable form at home 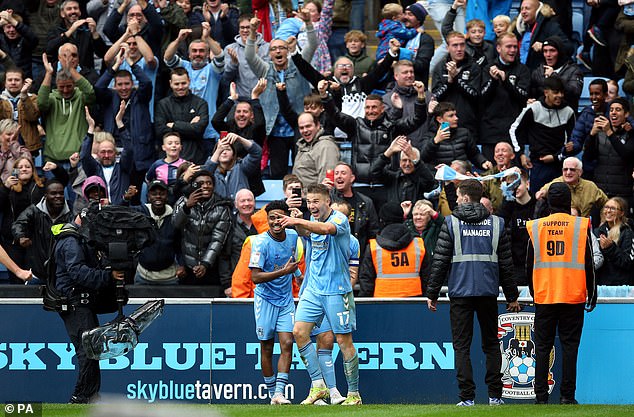 Viktor Gyokeres celebrates after scoring in 4-1 win over Fulham, sixth home win in a row

“We worked hard on the training field. I know what the gaffer wants from us. We are a good team that likes to play football and hopefully we can keep it that way.” “The goal was a great feeling, my first championship goal for Coventry.”

The launch pad for their success was six out of six home wins at the CBS Arena (formerly the Ricoh) after two seasons of football nomads in Birmingham City.

‘It’s a fantastic stadium,’ said Maatsen. “When teams come here they are shaking, the crowd puts a lot of pressure behind us and they support us for 90 minutes whether we win or lose.”

Victory for Coventry leaves them three points from the top. Maatsen scored the third goal after two goals in four minutes of the second half turned the game in their favor. Viktor Gyokeres equalized before Matty Godden’s controversial penalty gave City the lead. 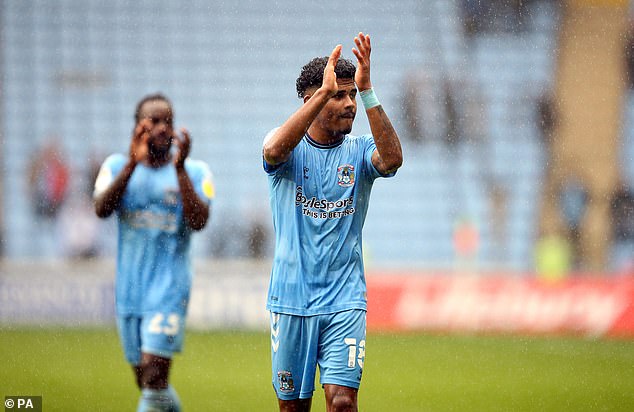 Gyokeres scored again to take his tally to nine goals in just 11 games and learned yesterday that he has been awarded a call-up to the Sweden national team to replace Zlatan Ibrahimovic.

Coventry manager Mark Robins then revealed his message to players to take part in Saturday’s game after a 5-0 thrashing against Luton in the middle of the week. “I said ‘believe’ – with the faith, the vision and the ability to do what we want to do, and that was moving the ball very quickly.”

Fulham had taken the lead in the first half with an own goal, but boss Marco Silva said: “I didn’t expect anything like the second half. It’s only 45 minutes, so it’s not the end of the world.’ 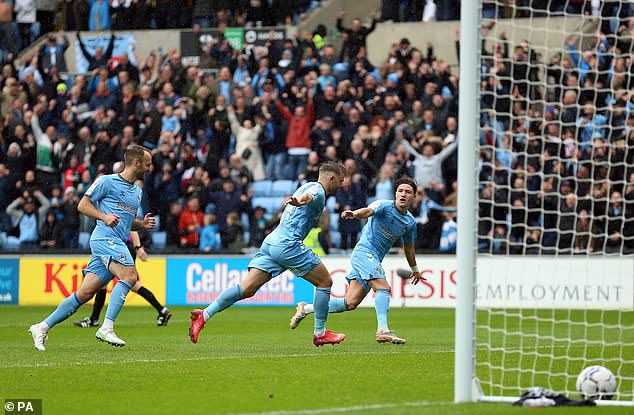 Wolves have a new hero in Hwang Hee-chan, but his fertile form leaves Adama Traore thinking about the future