A brave Melbourne teen who nearly died from coronavirus has shared her harrowing ordeal and desperate struggle for life as one of Australia’s youngest cases in ICU on a ventilator.

Saela (17) and her entire family contracted Covid-19 from her little sister’s daycare in late August, as Victoria’s latest outbreak worsened.

More concerned about her elderly grandparents, it was Saela who ended up in the hospital for nearly a month, including nine days in a coma.

The student of the year 11 was not eligible for the vaccine at that time.

Saela gave a powerful speech about the grave fears for her life as her condition worsened. along with a passionate plea for Covid deniers and those hesitant to roll up their sleeves.

“There are a lot of people my age who think they are invincible and don’t need the vaccine,” she said.

“They think they’re young, they don’t have any underlying conditions. They won’t be affected, but Covid almost killed me.

Saela stole the show at the Victoria Government’s daily Covid briefing, where she was joined by her mother Michelle, who relived every parent’s worst nightmare.

She praised Saela for her courage in speaking out just weeks after she was told by doctors that her daughter was the sickest patient in the Eastern Health district.

‘We are not actors. This isn’t a script, this is on paper, so I can watch it because it’s so nerve-wracking,” Michelle said.

“She wanted to share her story. She was not forced.

“Maybe anonymous people online will try to make her feel bad for speaking out, but they need to know that nothing will make her feel worse than Covid did.” 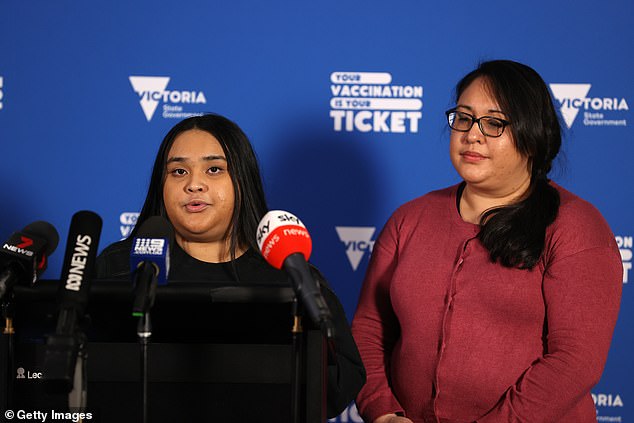 Michelle says anti-vaxxers are entitled to their opinion.

“I’m just here to tell my story and this is what happened to me.

“And I just hope that person doesn’t go through what we did. It’s up to them.

The couple has since been inundated with an outpouring of online support from health officials, the media and the general public.

“So impressed with Saela and Michelle’s eloquence and generosity in sharing what must have been a very harrowing experience,” one woman wrote.

Another added: “Any parent listening to Michelle’s devastating helpless experience watching relatives disappear into ambulances alone or hearing Saela must be put on a ventilator over the phone will be moved.”

Saela recalled the day she was rushed to hospital in an ambulance as she struggled to breathe as her coughing bouts got worse.

Her condition became critical when her lungs filled with fluid.

‘I was so scared, I screamed and I thought I was going to die and then I didn’t feel anything, they had me put to sleep. They woke me up nine days later,” recalls Saela.

She woke up with a tube stuck to her neck, unable to move or talk.

“I was afraid to go back to sleep,” she said.

“I just stared at the ceiling and was alone. There were so many machines around me, so many threads and needles, so many beeps and everything scared me.’ 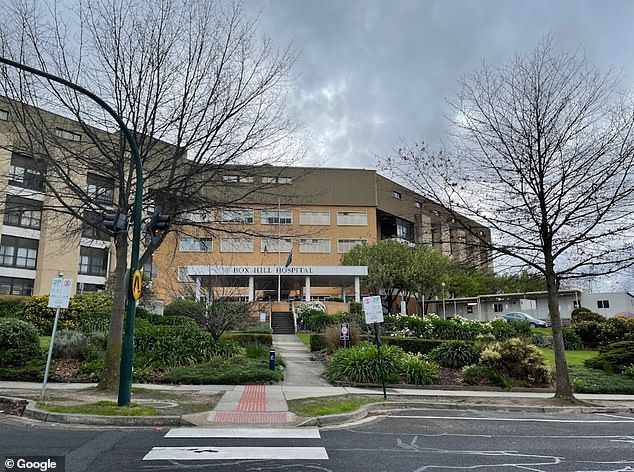 Saela had to relearn how to walk before returning home in time to watch the AFL grand final on television.

Three weeks later, she is still not 100 percent and just resumed online classes this week.

She still has physical and emotional memories of her life-threatening struggle.

“I will have this scar from the tracheotomy on my neck for the rest of my life,” she said.

Saela and her family hail from the Melbourne suburb of Broadmeadows, one of the worst hotspots of the latest outbreak that locked the city for the sixth time.

Eight members of the family ended up with Covid, including her siblings, both parents and two grandparents. 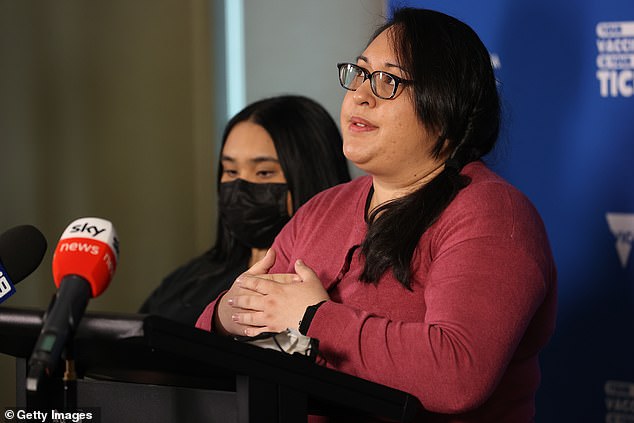 “When I got the call from the doctor to say that Saela’s health had deteriorated so rapidly and was transferred to the ICU and put on a ventilator, I was shocked. I thought how? I spoke to her literally two hours ago,” her mother Michelle said.

“I remember talking to the doctor and saying, ‘Please. You have to save my baby.’ And he said, “Michelle, I promise you we’ll do everything we can.” He said, “Right now she is the sickest person in this hospital.”

Saela and her mother made emotional pleas for everyone to get vaccinated as Victoria registered 1,571 cases and 13 deaths, the deadliest day of the Delta outbreak in the state.

“There is still COVID in our community,” Saela said.

“So many families are still being affected at the moment and that makes me so sad. I am blessed to be home with my family now. I just want everything back to the way it was and if we have that chance, don’t wait’

Michelle said they may never know why Saela got so sick.

“But I do believe she wouldn’t have been so sick if she had been vaccinated in time,” said Michelle.

‘Please. No family should have to go through what we did. No parent should see their child suffer and almost die.

“Don’t leave it until it’s too late.” 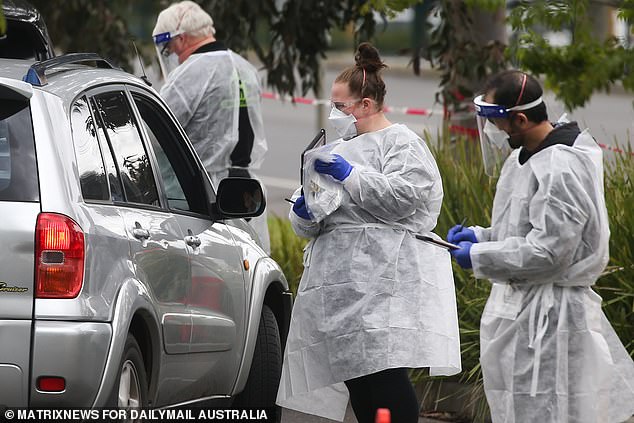 Saela and her family live in Broadmeadows, one of the hardest hit areas from the latest Covid outbreak in Melbourne (pictured staff at a drive-through test clinic)