Cleo arrives at the Blowholes site around 6:30pm along with her mother Ellie Smith, partner Jake Gliddon and little sister Isla Mae.

They had a ‘quiet’ night and arrived at sunset.

1:30 a.m.: The last sighting of Cleo by parents in the tent she shared with her parents and baby sister when the four-year-old asked for some water.

6:23 a.m.: Ellie calls 000 to report her oldest daughter missing as she continues to search the campground.

6.30am: The first two officers are dispatched from Carnarvon Police Station. They travel to Blowholes as a priority, with sirens and lights.

6.41 am: A second police car with two more officers is sent to Blowholes, also with lights and sirens.

7.10 am: The first police car arrives. The second is just minutes behind.

7:26 am: Police on site establish a protected forensic area that has been cordoned off to the public around the family tent where Cleo was last seen.

8 a.m.: Family and friends of Cleo’s parents begin to arrive to help with the search on the ground.

Another group of detectives briefly search Cleo’s house to make sure she’s not there.

They then go to Blowholes and start stopping cars entering and exiting the area.

8.09am: A helicopter from a local company arrived at the scene and began searching when police asked an SES team to attend the Blowholes search.

8:24 am: Police air wing and volunteer sea searchers are called in to assist in the search.

8.34am: Roadblocks are erected at the entrance to Blowholes as detectives gather the names, registration details and addresses of people coming and going. Police are looking for cars.

9:25 a.m.: Nine SES personnel arrive at the Blowholes to assist in the search. 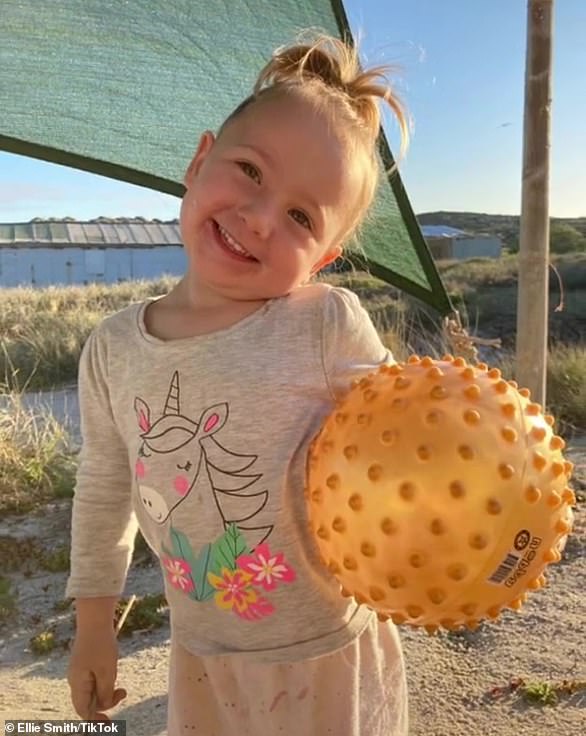 Investigators, bounty hunters and officers from the Australian Federal Police have been searching for the missing four-year-old Cleo for two and a half weeks (pictured)

9:30 a.m.: Detectives sit down with an ailing Ellie and stay by her side for the rest of the day while other search teams hunt for Cleo.

11 a.m.: Homicide detectives from the Major Crime Division are called in and begin traveling from Perth to assist in the search.

1 p.m.: More detectives and search experts are flown in from Perth.

3:00 PM: Officers and search experts arrive in Carnarvon to offer their expertise.

Mrs. Smith begs on social media for help in finding her missing daughter.

Sunday at 1:45 a.m., a Facebook post was uploaded saying, “It’s been over 24 hours since I last saw the sparkle in my little girl’s eyes.

‘Please help me find her!

“If you hear or see anything, call the police!”

Police suggest Cleo may have been kidnapped.

Police release an image of the red and gray sleeping bag missing from Cleo’s tent.

Cleo’s biological father is questioned by the police in Mandurah and asked to give a statement, which he gladly does.

The WA Police Department with the help of SES members, volunteers and aircraft continues the land hunt for Cleo as officers search nearby cabins and vehicles in the area.

Cleo’s mom Ellie Smith and her partner Jake Gliddon first hit the media, describing the terrifying moment when they realized the little girl was missing.

Mrs. Smith says her four-year-old would never have left the tent alone.

Police are releasing new photos of Cleo and the pink and blue bathing suit she wore the night she disappeared to aid the investigation.

Detectives are asking anyone who was at the campground or nearby on Oct. 15 to contact police.

Police reveal that the zipper of the family tent, which her mother left wide open at 6 a.m. on Saturday morning, was too high for Cleo to reach.

Officers say they have “not ruled out” reports of campers hearing the sound of screeching tires in the early hours of Saturday morning.

Deputy Police Commissioner Daryl Gaunt confirms that officers are investigating the whereabouts of 20 registered sex offenders in the Carnarvon area.

“The thoughts of all Western Australians are with Cleo’s family at an unimaginably difficult time,” McGowan said.

“We all pray for a positive outcome.”

The speed with which the reward was handed out – within days of her disappearance – was unprecedented. 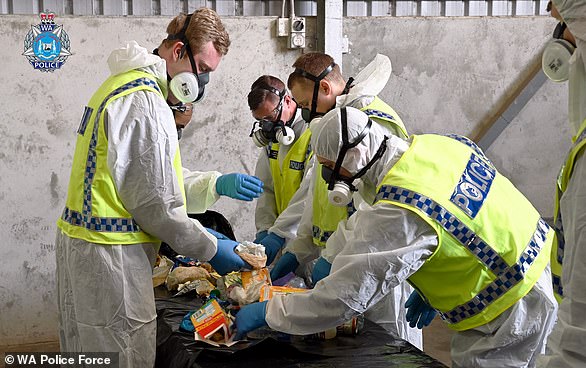 WA police confirm that Cleo was definitely at the campsite – on CCTV footage on a camera installed in a beach hut just 20 meters from the family tent from which she disappeared.

Forensic officers and detectives spent much of the day Tuesday at her home in Carnarvon, 900km north of Perth, and left with two bags of evidence.

Although the detectives had been to the house before, this was the first time they had conducted a thorough search with a forensics team.

Acting WA Police Commissioner Col Blanch said the search of the family home was “standard practice” and did not indicate they were suspects in Cleo’s disappearance.

WA Police Forensics officers return to the Blowholes campground and are seen collecting soil samples from a number of campfires near cabins in the area.

The federal government has announced it has recruited agents from the Australian Federal Police to support forensic and intelligence efforts.

The police return to the Blowholes camp to analyze the area with drones.

Detective Inspector Rod Wilde returns to the Blowholes campground to join the search for Cleo, as the search lasted two weeks.

He confirms that national and international agencies are working on the search for Cleo.

Detectives knock on the door on Sunday at a number of homes along the North West Coastal Highway in the North Plantations, 3 miles from Cleo’s birthplace.

Detectives search piles of trash from roadside trash cans hundreds of miles from the campground she disappeared from.

The material was transported to Perth, where forensic officers and recruits searched hundreds of bags for items that may have helped them find Cleo.

Officers are calling for dashcam and CCTV images within a 1000 km radius of the spot where the four-year-old disappeared.

Police are renewing a call for more businesses in Carnarvon to provide footage and go door-to-door in an industrial area on the outskirts of town. 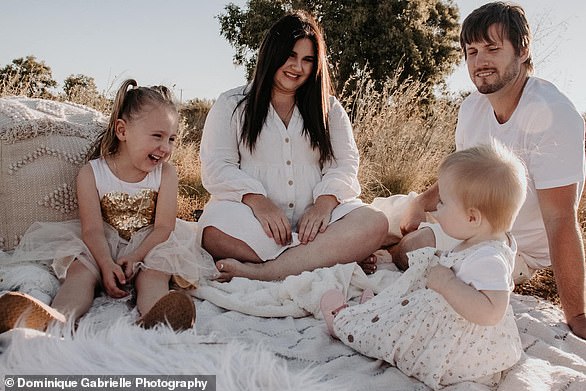 Her delighted mother, Ellie, (pictured, with Cleo, her partner and youngest daughter) broke her silence the morning Cleo was found and shared a series of love heart emojis on Instagram

After two and a half weeks of searching, Cleo Smith is found alive and well in the early hours of November 3.

‘One of the officers took her in his arms and asked her ‘what’s your name?’ he said. “She said, ‘My name is Cleo.'”

A man from Carnarvon is taken into custody and questioned by detectives. 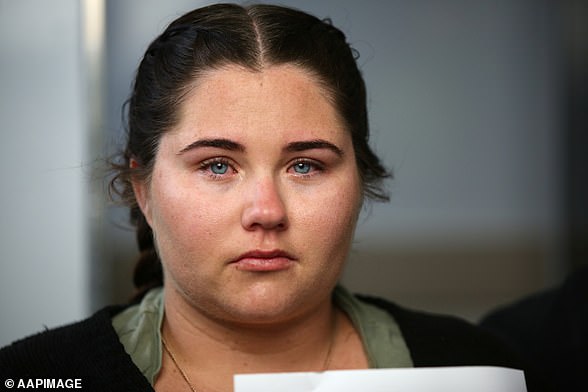 On October 19, Ellie Smith (pictured) and her partner Jake Gliddon hit the media for the first time, begging the public to report information “big or small.”

Terry Darrell Kelly, 36, was charged with multiple offences, including forcibly taking a child under 16 and appeared in Carnarvon Magistrate’s Court barefoot and wearing a black T-shirt.

The new album of Swedish pop legends is out. And yes, it is absolutely fantastic, writes ADRIAN THRILLS