A 12-year-old cockapoo was rescued Tuesday after falling into a narrow, rocky crevice in a New York state park five days earlier.

The dog named Liza was walking with her unnamed female owner at the Minnewaska State Park Preserve last Thursday when she fell into the deep crevice.

The helpless doggy remained there for five days without food or water as park officials made several unsuccessful attempts to save her as they struggled to reach the frightened pet in the narrow crevice.

When they sent a camera, they found the dog so thirsty that she licked the wet walls of the rock face. 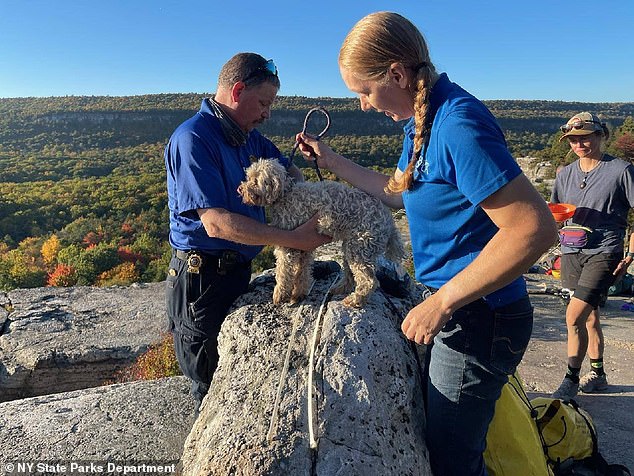 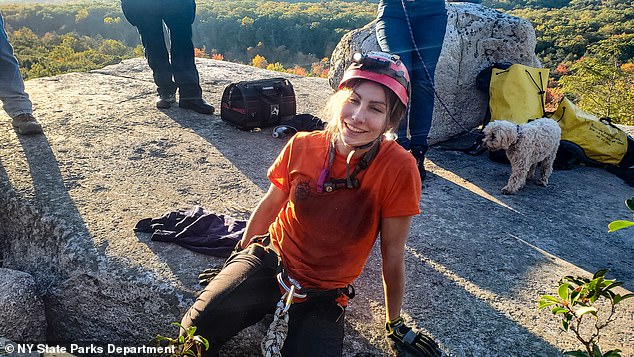 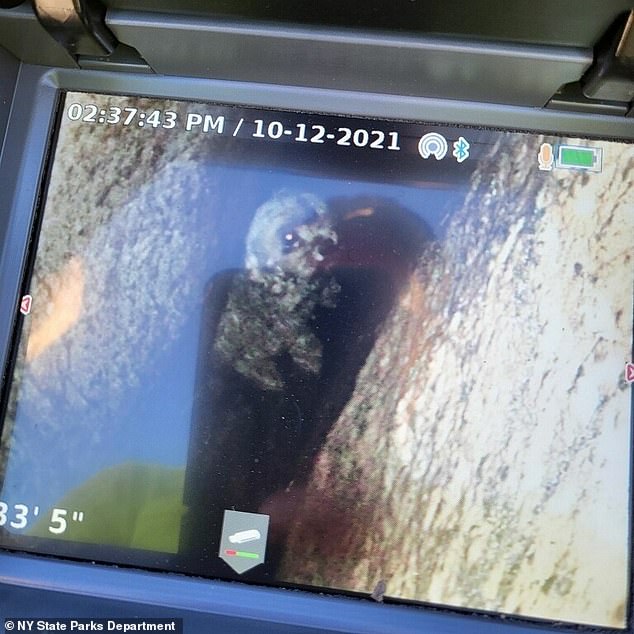 Liza had been stuck in the crevice since last Thursday after she slipped in it during a walk with her owner. CCTV footage showed Liza licking the wet walls because she had no food or water

On Tuesday, five days after Liza slipped into the narrow cavern, the New Jersey Initial Response team was able to lower their smallest team member, Jessica Van Ord, into the crevice.

She described the difficulty of navigating the tight rocky outcrops.

“Luckily I could still stand, albeit sideways, and turn my head if I needed to by fiddling with my helmet,” she said. 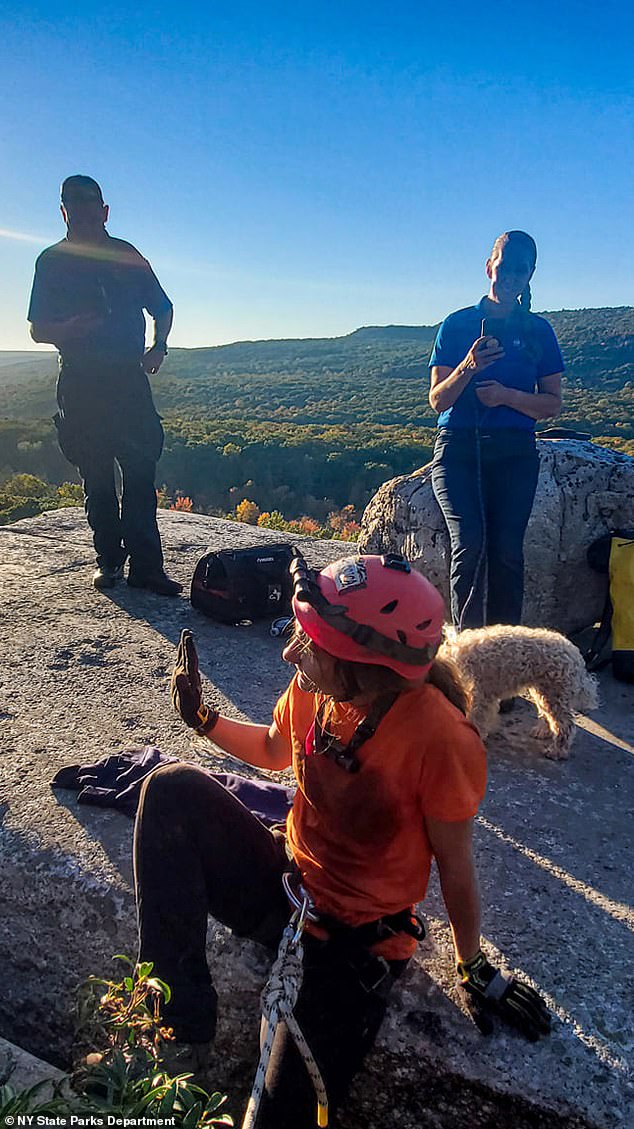 Van Ord, the smallest member of the cave rescue team, shuffled into the crevice she described as a “crack only a 5-year-old could fit through” 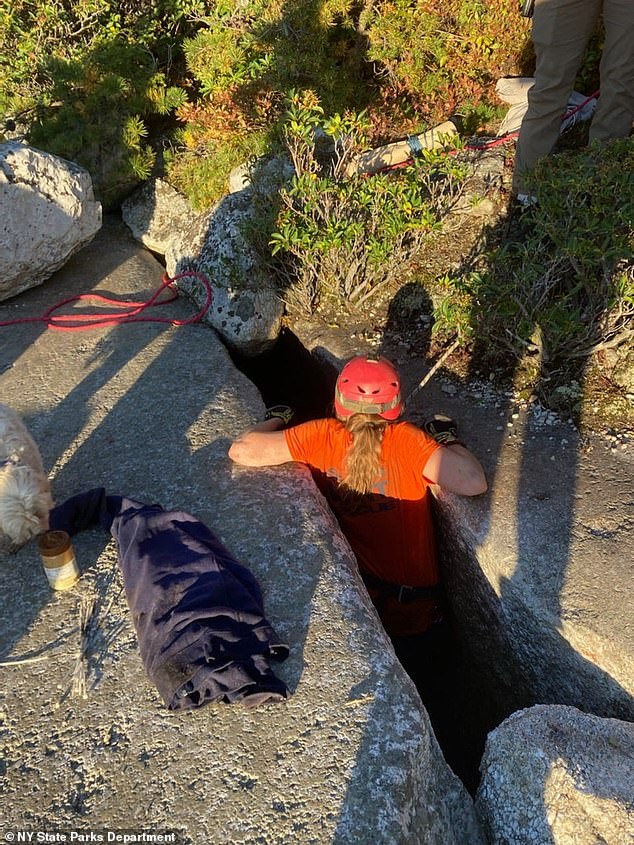 Van Ord said she had to squeeze several times before finding the dog at the bottom of the deep, thin crevice 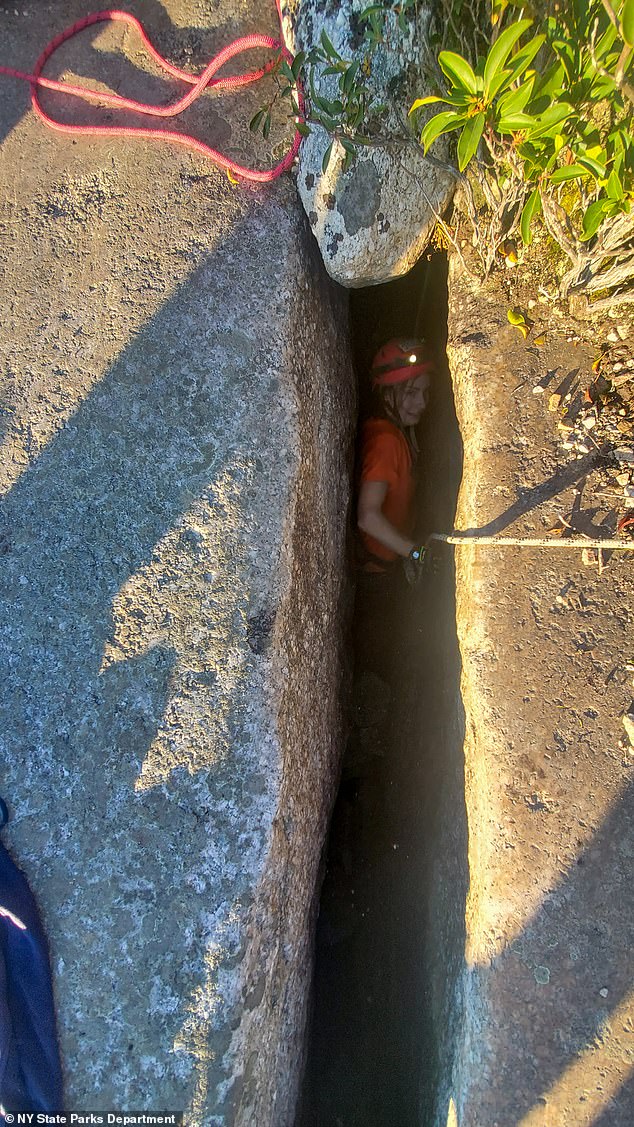 Van Ord said she had to constantly adjust her position and hardhat, which she worked her way through

Liza stayed just out of reach of Van Ord who decided to lure the animal to him with a hot dog on a pole.

The dog was eventually tied up and taken to safety.

“When we finally got hold of the dog, we pulled her up and I breathed a sigh of relief as I grabbed her hairy body. “I’ve got the dog!” I screamed, and heard cheers upstairs,” she said.

The dog, now safe and sound, was finally reunited with its owner around 5 p.m. on Tuesday. 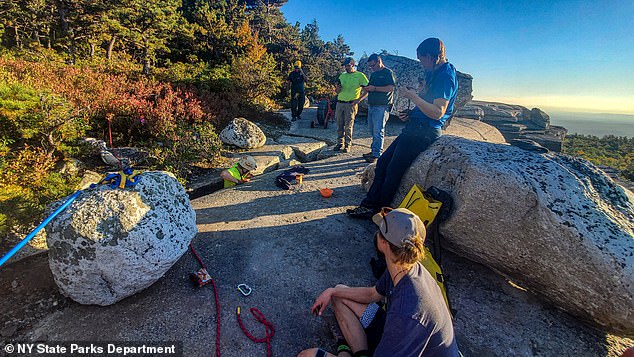 Fellow NJRIT volunteer lowered a lasso pole with a hot dog at the end to Liza. to catch

“This was a narrow vertical fissure that led to an even tighter horizontal crack,” said Mark Dickey, the head of the cave rescue team, according to a press release.

“Only Jessica Van Ord, our smallest team member, was able to wriggle and squirm more than 10 meters above the surface to reach the dog.”

“We are thrilled that it was possible to reunite Liza with her owner,” Laird said.

“This incident reminds us that the rules requiring dogs to be kept on a leash are an important way to protect beloved pets, their owners and the park’s fragile resources.

“We are grateful for the perseverance of the personnel of the Minnewaska State Park Preserve, the New Jersey Initial Response Team, the Ulster County Society for the Prevention of Cruelty to Animals, and the Kerhonkson Accord First Aid Squad and Accord Fire Department for their efforts.” who bring this ‘tail’ to a good end.’ 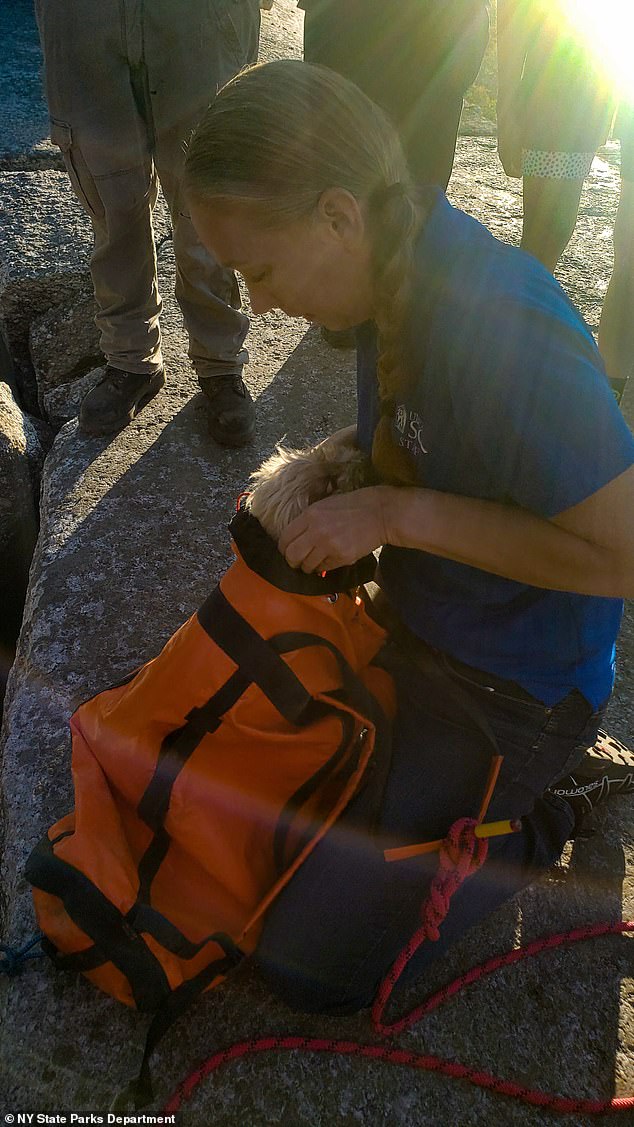 Despite the difficult circumstances, Liza was picked up and later returned to her owner

“It’s always heartwarming to not only have such a positive outcome in cases like this, but to see so many people come together, endangering themselves, to save an animal’s life,” she said.

“We were all concerned that the dog wouldn’t have survived until Jessica could get closer and hear movement.

“The surface joy at that news was just incredible and renewed everyone’s motivation to get this little dog to safety.

“Everyone there played a part in making this possible – a great team effort from multiple agencies.”