The personal trainer, 27, wore a black T-shirt that read ‘#FREEBRITNEY It’s a human rights movement’ and white pants as he pumped petrol into his car.

The t-shirt, which he debuted with Spears before the crucial court hearing Thursday night, clung to his body and accentuated his muscles. 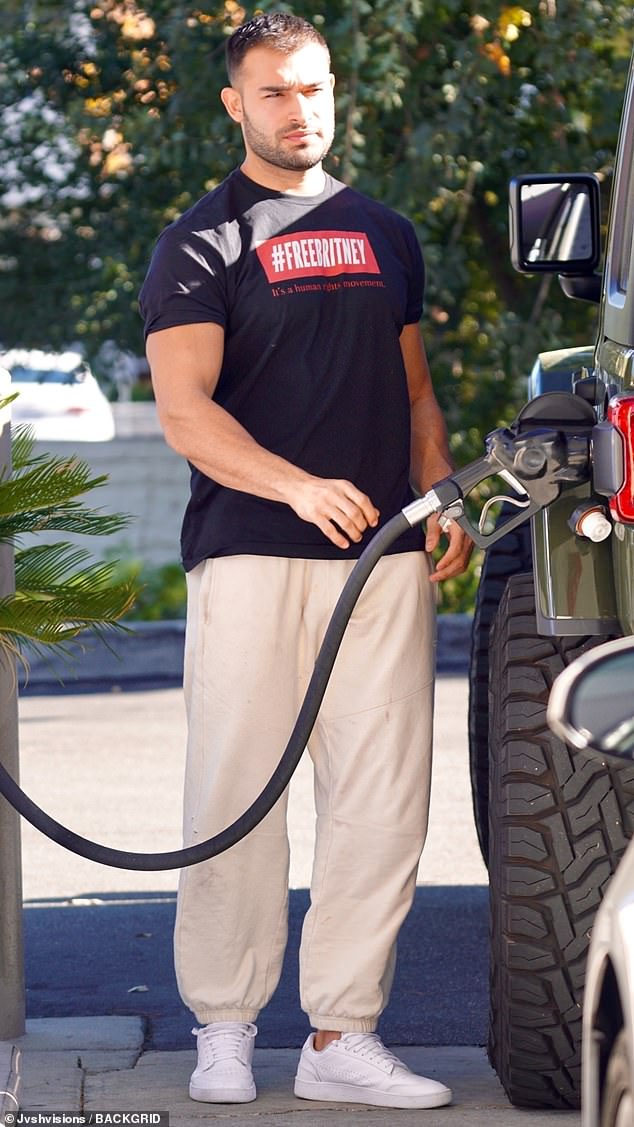