Brentford goalkeeper David Raya has been out between four and five months after suffering a knee injury in Sunday’s 2-1 defeat to Leicester City.

The 26-year-old was injured in a collision with Leicester forward Ayoze Perez in the closing moments of the Premier League encounter.

Neil Greig, chief of Brentford’s medical department, said Raya was not expected to require surgery on his injured left knee. 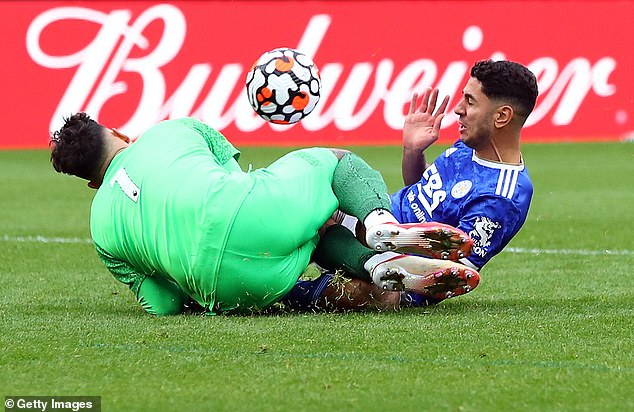 He said: ‘Unfortunately David sustained an injury to the posterior cruciate ligament in his left knee.

“The problem will take a longer period of time to heal and for David to regain function and strength around the joint.

On the positive side, this type of injury usually heals well without the need for surgery. David has already started using a brace specifically designed to support this process. 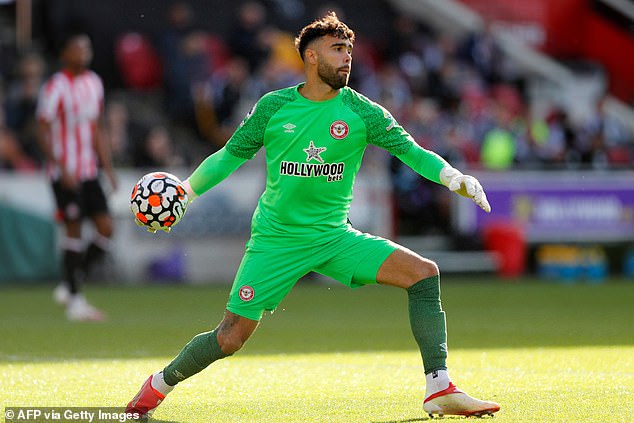 “We expect the recovery period for such an injury to be between four and five months, allowing David to be back to his old high level well before the end of the season.”

Alvaro Fernandez, who was loaned to Brentford from Huesca in the summer, could get his first Premier League start against Burnley on Saturday.

Ipswich fans captured throwing objects and pushing players as they…