Nearly 130 migrant children sent by their parents to cross the US-Mexico border were stopped by US Border Patrol agents.

The children were among 160 undocumented migrants who officers encountered in Arizona this weekend.

According to Sabri Y. Dikman, acting chief agent of the US Border Patrol in the Tucson Sector, the group had crossed the international border without legal documents. 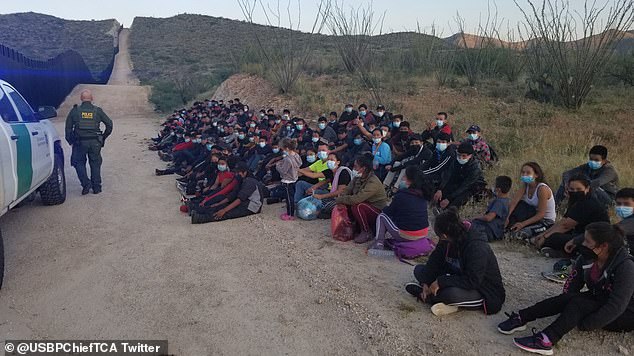 According to Sabri Y. Dikman, the acting chief patrol officer for the Tucson sector, more than 100 of the 160 migrants were stopped by US Border Patrol agents near the US-Mexico border in Arizona. 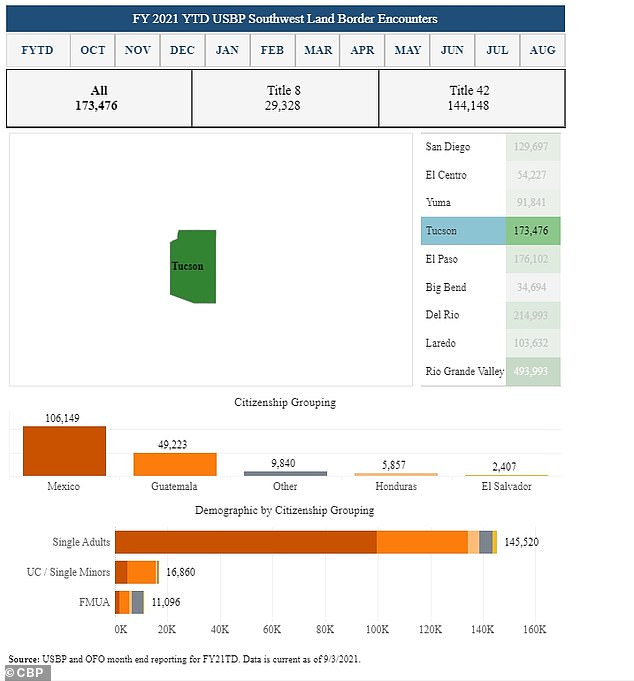 The Tucson sector of the U.S. Border Patrol has reported 16,860 unaccompanied minor migrants as of October 2020, the start of the fiscal year ending September 30. September data is expected to be released by U.S. Customs and Border Protection within a week

Dikman, who tweeted a photo of the group on Sunday, said all migrants were transported to the Tucson center of the sector where they were processed.

According to US Customs and Border Protection southwestern border data, 1,472,655 migrants, including 130,710 unaccompanied minors, have been found by US Border Patrol agents since October 2020 — the start of the current fiscal year ending September 30.

The Tucson Sector of the U.S. Border Patrol discovered more than 50 children traveling without an adult parent or relative when officers detained 102 migrants near San Miguel, Arizona, on Sept. 17. The Tucson sector is the third of the nine Immigration Service sectors with 16,860 unaccompanied children detained for illegal border crossing 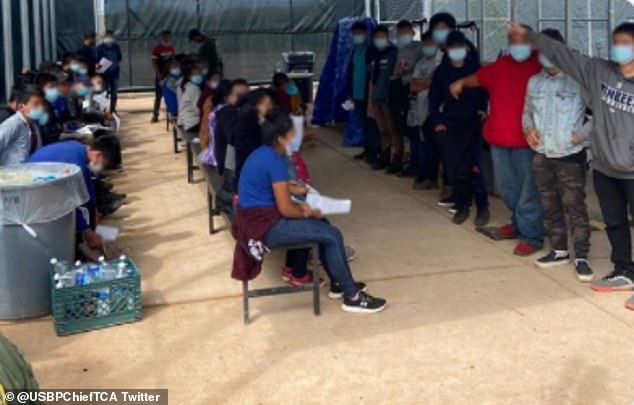 Of the 124 migrants apprehended by Tucson Sector agents near Sasabe, Arizona in late September, more than 70 were unaccompanied migrant children 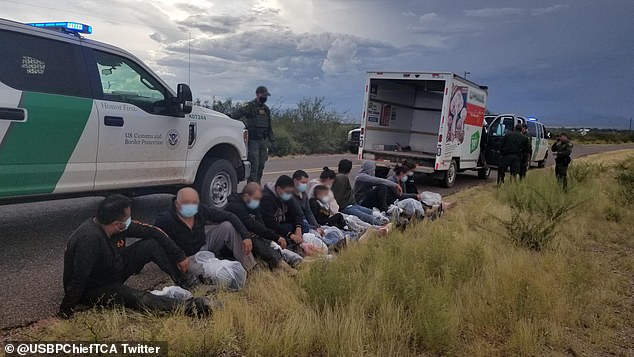 Agents of the US Border Patrol Tuscon Sector assigned to Douglas Station stopped a U-Haul truck carrying 11 migrants, including a child, on Oct. 1.

Of the nine sectors of the U.S. Border Patrol, Tucson ranks fourth with 173,476 bans during that period.

The border numbers for the month of September will be released in the coming week.

What’s locked in YOUR AKASHIC Record*? *Also known as a ‘spiritual library’