Black job applicant sues for hair discrimination, but company says it was a ‘miscommunication’

A black job applicant is suing his employer after the San Diego office told him he had to cut his dreadlocks to get the gig, but the company now says it’s a “miscommunication.”

Jeffrey Thornton filed a lawsuit Monday against his employer, event company Encore Group, after the San Diego office denied him work unless he cut his hair.

Thornton has worked for the company as a technician in the Florida office since 2016, but decided to move to the San Diego office after being fired in 2020 and learning that the California office was taking on more positions.

He applied for a technical supervisor position on Nov. 1, where the hiring manager told him his hair would have to change to be officially offered the role.

“I was told I was recommended by my East Coast credentials and that I wouldn’t mind the transition,” he told a news conference on Nov. 30 from a barbershop.

‘All that was left was to discuss the dress code. I expected to have to remove my ear gauges, that’s no problem, [and] I would be willing to trim my face. But I wasn’t prepared to be told I would have to cut my hair to meet Encore standards,” he said.

Encore now claims it was a “miscommunication” and “maintaining a diverse and inclusive workspace” is part of its “core values.”

Jeffrey Thornton (pictured) is suing his employer Encore Group under the CROWN Act – which prohibits hair discrimination based on race – after the San Diego office told him he had to cut his dreadlocks if he wanted a job. Thornton has worked for Encore as a technician in its Miami and Orlando, Florida offices since 2016 and began wearing his hair in dreadlocks in 2019.

Thornton told the San Diego hiring manager that cutting his hair was a “deal breaker.” The company reportedly doesn’t allow employees to tie their hair back and let it come above the ears, eyes and shoulders, CNN reported.

The company told Thornton there would be a position for him once he did.

“If it wasn’t a problem in Florida, it shouldn’t be a problem in California, right?” Thornton said at the Press conference. He started wearing his hair in dreadlocks in 2019.

Thornton confirmed that many supervisors were “wearing locks” in the Orlando and Miami offices and that he “expected to be considered professional.” 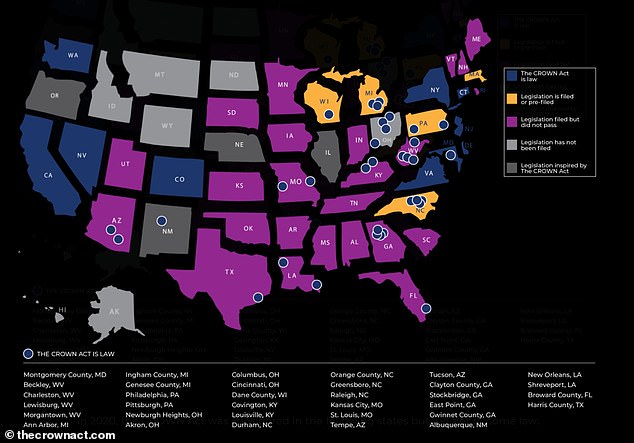 Only 14 states recognize the CROWN Act, which stands for ‘creating a respectful and open world for natural hair’. California — where Thornton moved after receiving strong endorsements from his East Coast credentials after his leave of absence — was the first state to recognize the law as a law 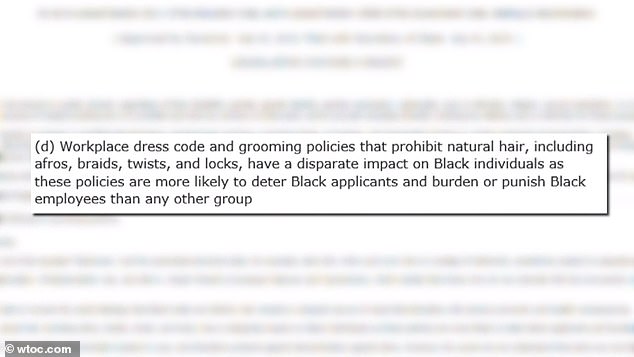 “I couldn’t accept to sacrifice my disciplinary journey and what it symbolizes,” he said at the news conference about cutting his hair.

Dreadlocks can be worn for a variety of reasons ranging from personal preference to spiritual to political to cultural identity and racial heritage. Thornton did not clarify what “journey” he symbolized.

CROWN stands for: ‘Creating a respectful and open world for natural hair.’

The CROWN Act is not a law in every state, but it is recognized in the state of California – the first state to do so.

A portion of the California law states, “Working regulations for dress and grooming that prohibit natural hair, including afros, braids, squiggles and locks, have a disparate impact on black individuals as these policies are more likely to turn black applicants off.” frighten and tax or punish blacks. employees than any other group.”

Thornton’s lawsuit would invoke California’s CROWN Act, which went into effect in January 2020. 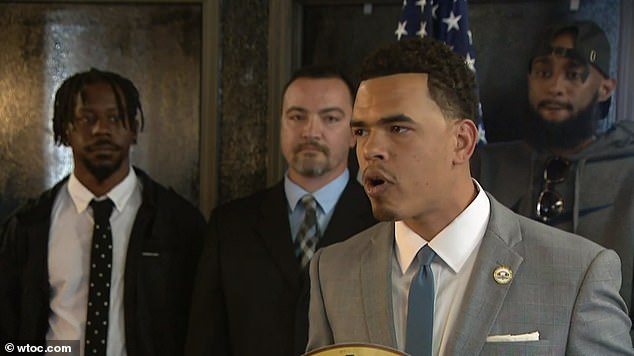 “Maintaining a diverse and inclusive workplace where every individual has a complete sense of belonging and empowered to reach their potential are core values ​​of our company,” said an Encore statement.

“These values ​​are essential to driving innovation, collaboration and driving better outcomes for our team members, customers and the communities we serve.

“We regret any miscommunication with Mr Thornton regarding our standard grooming policy – which he appears to be fully compliant with, and we have offered him a job.

“We are constantly looking to learn and improve, and we are reviewing our grooming policy to avoid possible miscommunication in the future.”

Now Thornton is asking for an apology and a commitment to change, his attorney told CNN.

“While we’re pleased that Encore Global has acknowledged its mistake in refusing my client’s work because of his haircut, we have not yet received a formal apology, or a commitment to change grooming policies that have had a disparate impact on African Americans.” . ‘

The attorney said he would contact Encore to discuss further requests in the lawsuit.

Thornton said he believed the job is still available to him, but did not say whether he would consider it.