Protesters attending a ‘freedom rally’ were bizarrely treated to Victorian police kicking and serenading footballs with an acoustic guitar.

Saturday’s anti-vaccination protests in Melbourne were greeted with a strong police presence and 100 arrests, but Sunday seemed a much more subdued affair.

Protesters, many of whom were not wearing masks, gathered in Caulfield Park in eastern Melbourne – and although police arrived, their approach was far from that of recent protests. 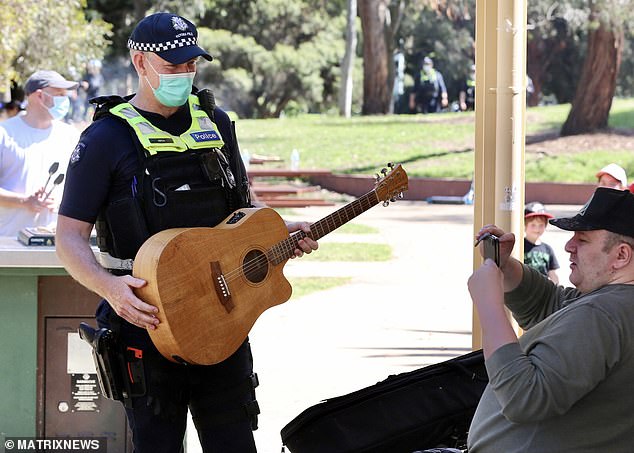 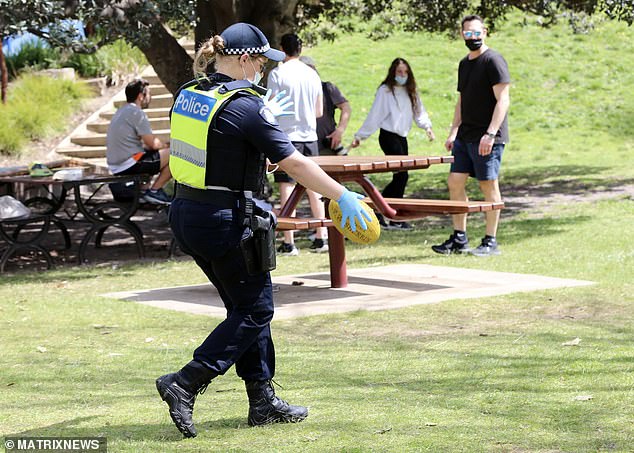 With groups of five fully vaccinated adults now allowed to gather outside in Melbourne, protesters mingled with those legally on picnics.

An officer grabbed an unmasked man’s acoustic guitar and serenaded the crowd, while other officers played with the people in the park — many of whom had small children.

In other parts of the city, scenes were not so peaceful with at least one arrest in Melbourne CBD on Sunday afternoon.

Victoria Police said they could not release arrest numbers for Sunday but were aware of “protest activity in several locations across the state today.”

“Police are well prepared to respond to any unlawful activity and will not hesitate to impose fines on those who clearly and blatantly violate the health officer’s instructions,” the police told the Daily Mail Australia. 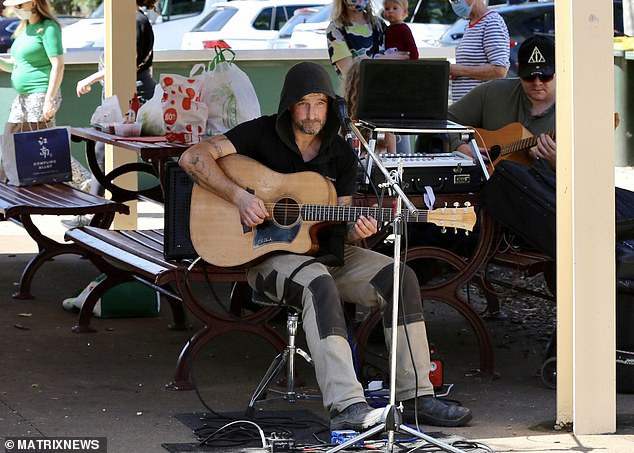 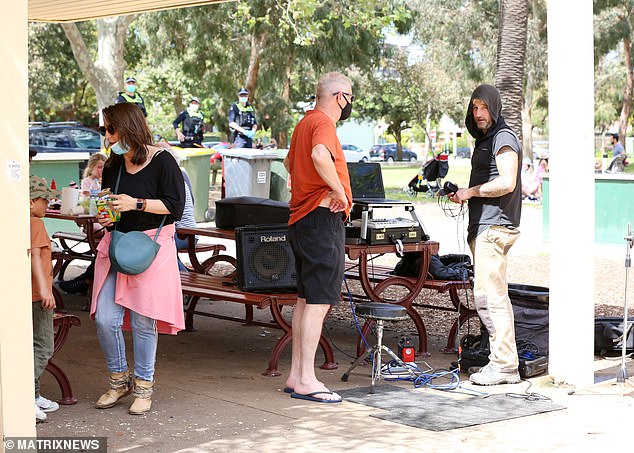 “The Victoria Police Department will continue to be highly visible to maintain public safety and to ensure that illegal protest activities do not interfere with the wider community’s right to conduct their daily lives.”

Under Covid restrictions for Melbourne – which is still in lockdown – residents can travel up to 15km from their home for recreation.

Protesters were met by a heavy police presence, and officers saw at least one protester on the ground tackle before the group dispersed. 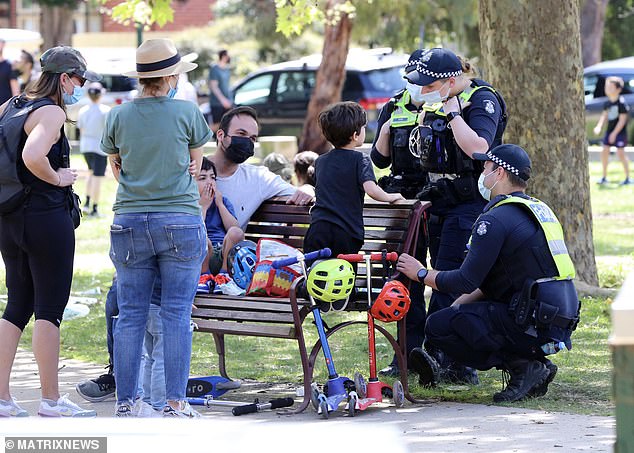 More than 100 people were arrested and fined for violating public health regulations.

A day earlier, Prime Minister Daniel Andrews issued an ultimatum to hundreds of thousands of Victorians: get vaccinated within two weeks or risk losing your job.

All Victorian authorized workers must have their first vaccine dose by Oct. 15 and a second by Nov. 26 in order to continue working locally, as part of a new statewide mandate.

The October 15 deadline will not replace the separate timelines of Victoria’s vaccine mandate for aged care, health care, freight, construction and education.

Meanwhile, state treasurer Tim Pallas announced $196.6 million in cash grants to 70,000 businesses in Melbourne, Geelong and Mitchell affected by the construction freeze from September 21 to October 4. 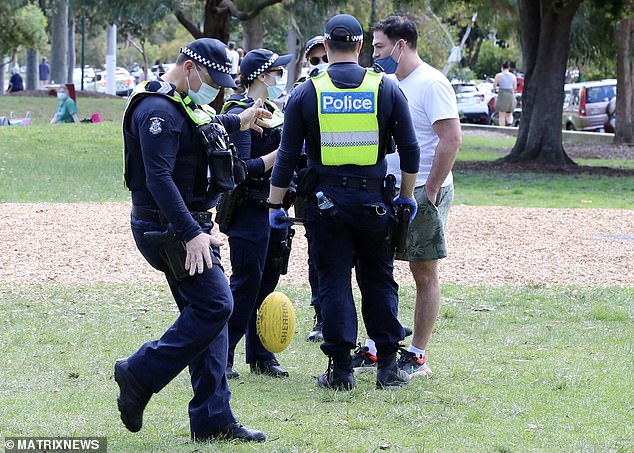 The industry has been closed for two weeks amid concerns over rising cases, transmission and poor compliance on construction sites, but will reopen on Tuesday to workers vaccinated with at least one dose.

Pallas was critical of the federal government, saying that ‘these grants would have doubled if the Commonwealth had not refused to contribute to the Victorian construction industry’.

“It is incomprehensible or understandable why this industry, which will of course struggle as a result of the challenges they have faced in recent weeks, is not getting the support they would otherwise expect,” he said.

“With every step during this pandemic, NSW has been awarded a free kick by the Sydney Prime Minister,” Pallas said. 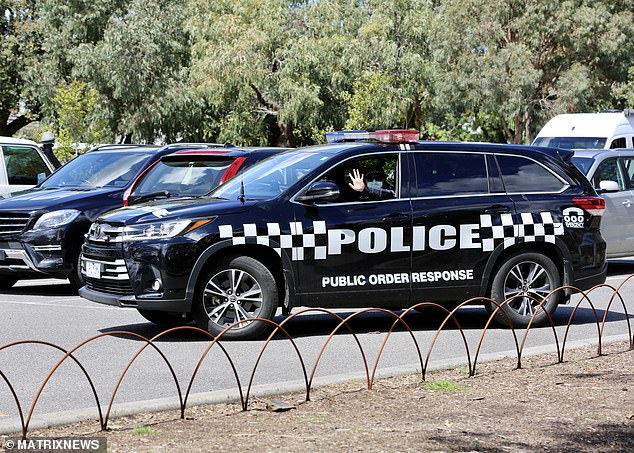