Bachelorette: Georgia Love lashes out at fans who ask if she’s pregnant

The Bachelorette’s Georgia Love lashes out at fans who ask if she’s pregnant, saying it’s ‘never okay to comment on a woman’s shape’

Georgia Love has ranted after her social media followers bombarded her with questions about whether she is pregnant.

The 33-year-old Channel Seven reporter, who married plumber Lee Elliott in Hobart last year, often documents her private life on Instagram, but says some things are off limits.

She took to Instagram Stories Tuesday night and hit the seemingly endless commentary about her possibly being pregnant. 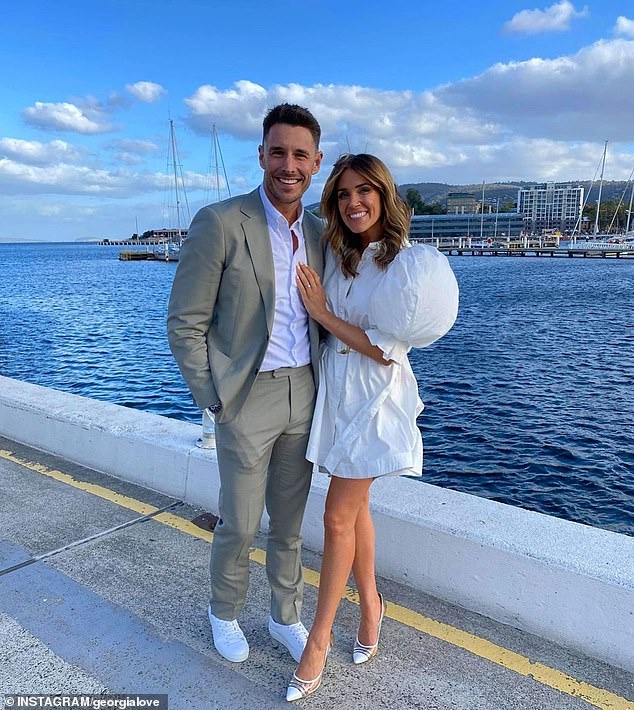 Not happy: Georgia Love has gotten mad at her followers, criticizing them for asking her if she’s pregnant, calling it “unacceptable” in an Instagram post on Tuesday. Here with husband Lee Elliott

“I can’t believe I’m getting tons of questions about whether or not I’m pregnant,” wrote the former Bachelorette.

Georgia explained that it was never okay to comment on a woman’s possible “baby bump.”

“If you think I have a baby bump, that’s just my shape. If I have a “glow,” it’s because I have a good skincare routine,” she said. 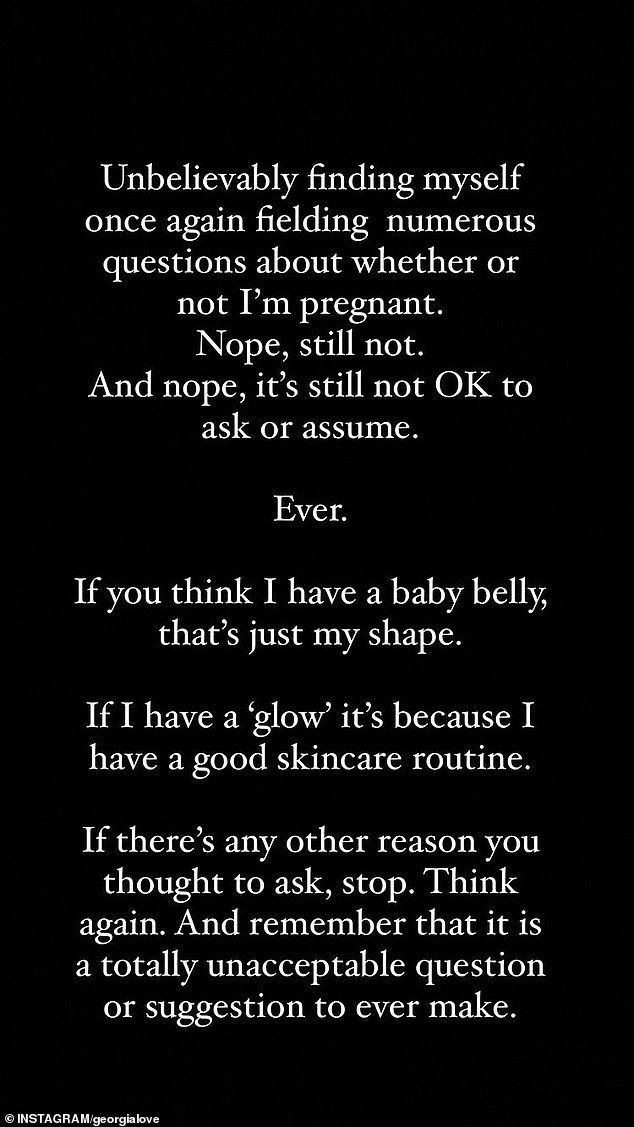 Slammed: “I can’t believe I’m asking myself so many questions about whether I’m pregnant or not,” she wrote. ‘No, not yet. And no, it’s not okay to ask or assume. Someday,” she added

She concluded by saying that there is never a good reason to ask her if she is pregnant.

“If there’s a reason you thought you were asking, stop. Think again. And remember what a totally unacceptable question or suggestion to ever make,” she wrote.

It comes just days after Georgia was called out for scolding her Seven News colleagues for their grammar. 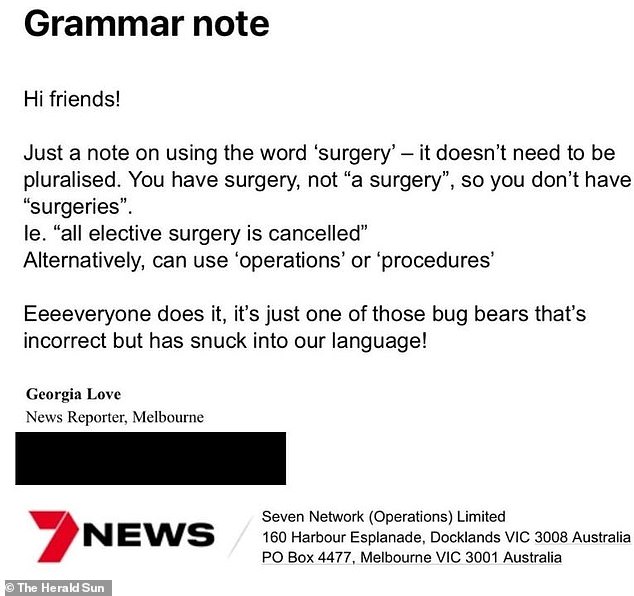 ‘Don’t have to be plural’: On Friday, The Herald Sun published this email Georgia sent to the editors of Seven, criticizing journalists for misusing the word ‘operations’ 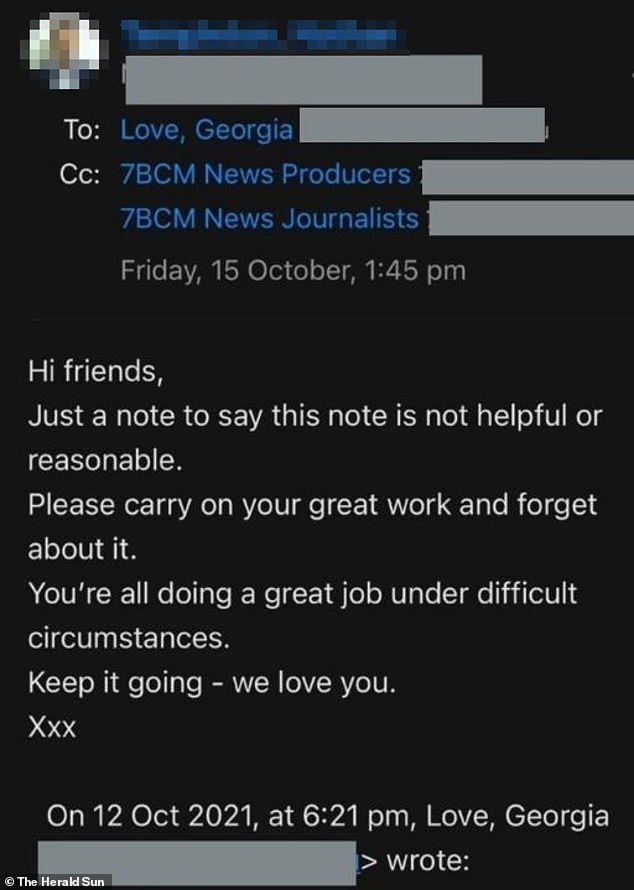 Ouch: In a leaked email also obtained by The Herald Sun, a senior reporter called out Georgia for her “unreasonable” email, encouraging the team to “continue” with their “great job”

She was shamed by a senior reporter, obtained in leaked emails by The Herald Sun, for correcting the editors over the allegedly incorrect use of the word “operations” in an email titled “grammar.”

The reality star started her email: “Hello friends! Just a note about using the word “surgery” – it doesn’t have to be in the plural. You have an operation, not an “operation”, so you have no “operations”…. Ie “all elective surgeries are cancelled”.

‘Alternatively, you can use ‘operations’ or ‘procedures’. Eeeeeeeee everyone does it, it’s just one of those bears that is wrong but has crept into our language.’ 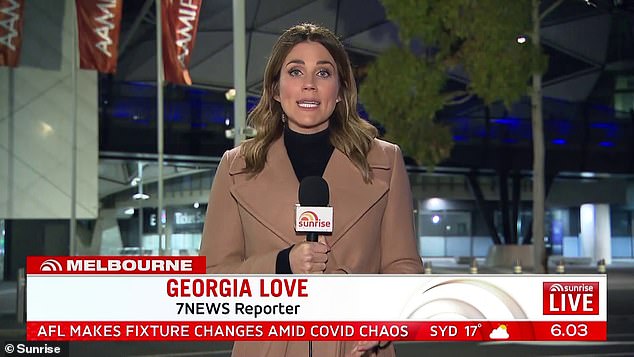 Word up: The word “operations” is considered grammatically acceptable when used in certain contexts, such as in reference to different types of specific operations

The email was sent by Georgia in response to a bulletin read by reporter Melina Sarris.

In another leaked email, a senior reporter called out Georgia for her “unreasonable” memo and encouraged the team to “continue” with their “great job.” 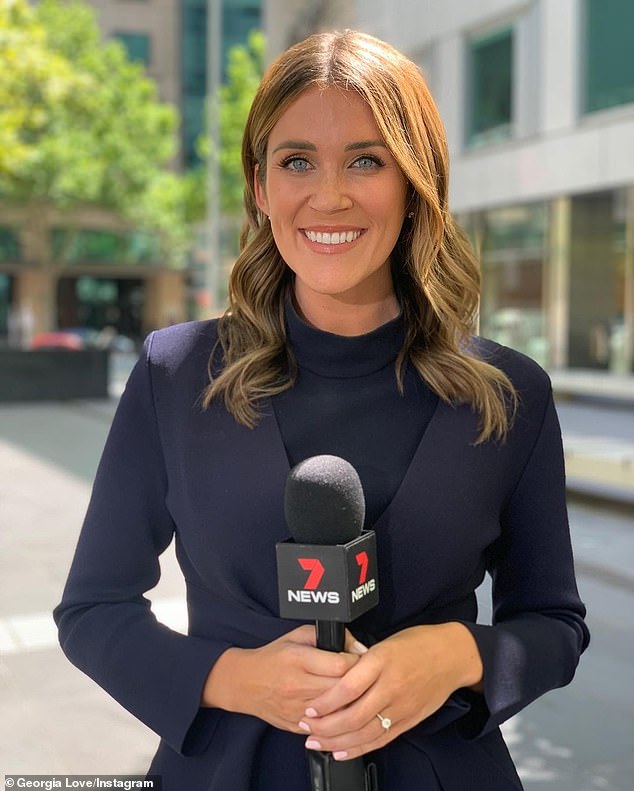 Change: Last month, Georgia was pulled from her broadcasts at Seven and relegated to the production department just days after she posted a “racist” video to Instagram.