Atalanta’s crunch Champions League game against Villarreal for Wednesday evening has been canceled at the last minute due to heavy snowfall.

Due to the difficult conditions in northern Italy, the decisive draw in Group F – which will determine who advances to the last 16 round behind group winners Manchester United – will now be played on Thursday evening.

Wednesday’s kick-off was temporarily postponed from 8pm to 8.20pm, but in the end persistent snow over Gewiss Stadium forced England referee Anthony Taylor, along with the two captains, to close the game until the following day. 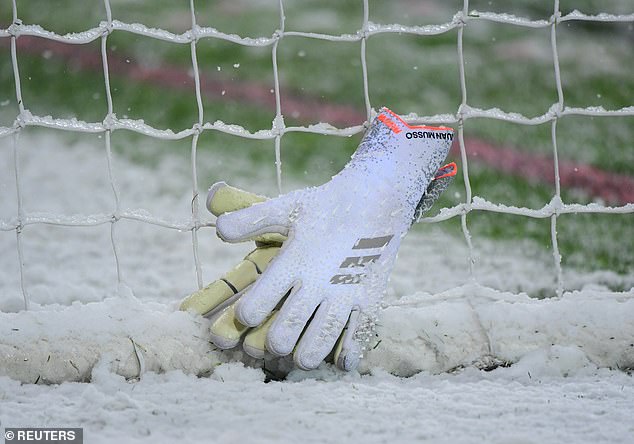 Groundstaff had gone to great lengths to get the Stadio Atleti Azzurri d’Italia pitch ready, painting the sidelines red to increase their visibility, and the game was initially postponed because the snow had been cleared.

Players were ready, on the pitch, in their kit, but the snow continued to fall, persuading England officials to make their decision.

Villarreal players thank their away fans for their support after their Champions League match against Atalanta was canceled due to heavy snowfall 👏#UCL pic.twitter.com/4iCgtGbiG9