By Tracy Wright for Dailymail.com

They have been sharing the look of love for almost a decade.

And Ashlee Simpson turned out to be in sync with husband Evan Ross when they went to lunch in Brentwood on Thursday afternoon.

The 37-year-old actress rocked an oversized blazer with jeans while her beau wore joggers as she exited the local Country Mart. 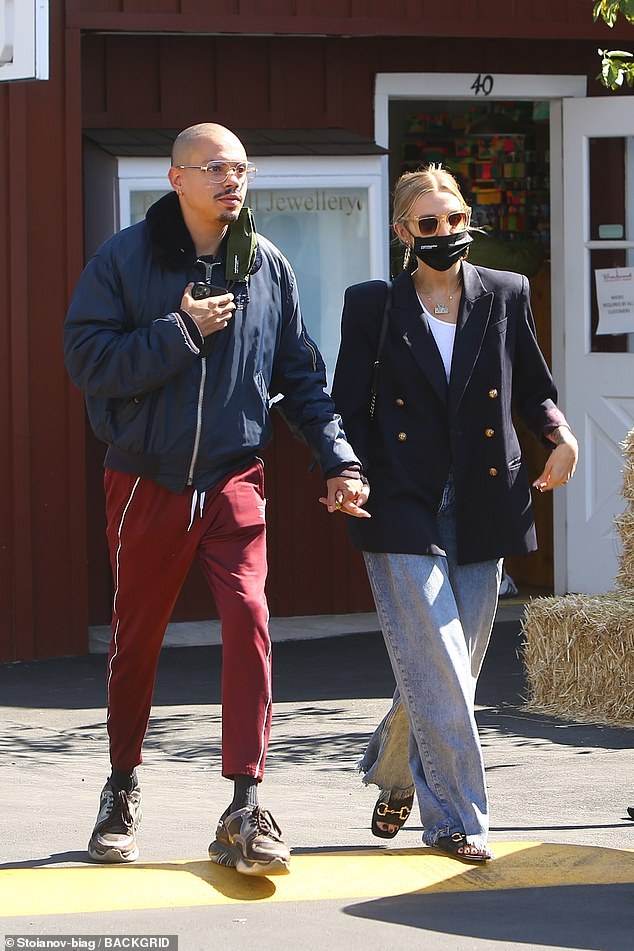 Lovers in LA: Ashlee Simpson appeared to align with husband Evan Ross as they had lunch in Brentwood on Thursday afternoon

The Pieces of Me singer looked simply chic in a navy double-breasted jacket, white T-shirt and wide-leg jeans.

She pounded the pavement in comfy black flats with thick gold buckles and wore a matching facemask with a pair of clear square frames.

Evan wore maroon Adidas track pants with a cozy blue jacket and carried his iPhone in one hand as he led his lady across the parking lot. 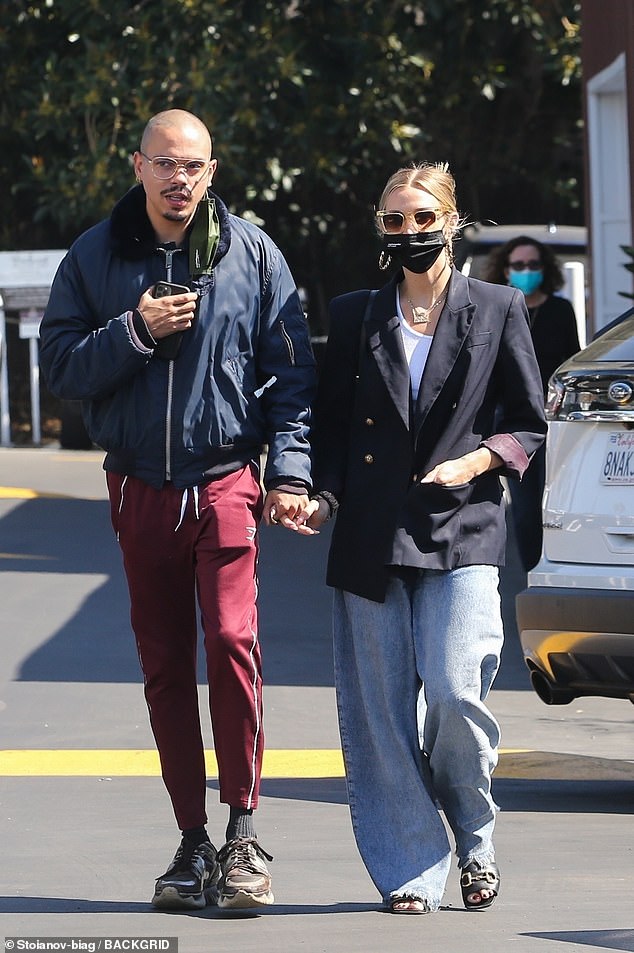 Out and about: The 37-year-old actress rocked an oversized blazer with jeans while her beau wore joggers as she exited the local Country Mart

Ashlee welcomed their son Ziggy into the world almost a year ago with her husband of seven years, Evan Ross.

The couple also have five-year-old daughter Jagger and share co-parenting responsibilities of her 11-year-old son, Bronx, with her ex-husband, Pete Wentz.

She recently spoke about her immediate connection to Ross, which started after they danced at a friend’s birthday party. 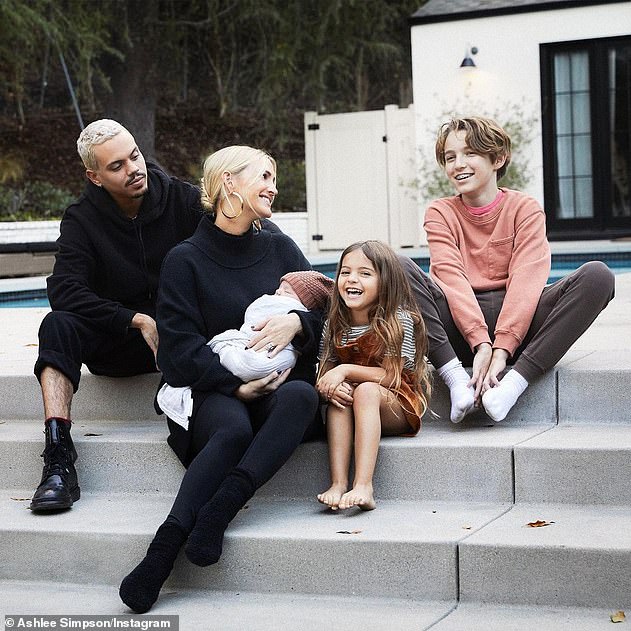 Family forever: Ashley welcomed Ziggy into the world a year ago with her husband of seven, Evan Ross 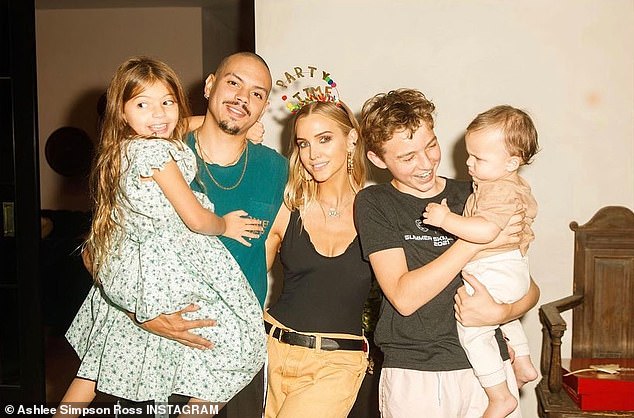 Party animals: She recently spoke about her immediate connection to Ross, which kicked off after they had a dance at a friend’s birthday party

“He’s so cute and he’s four years younger than me. There was an instant connection,” Simpson gushed about their first meeting on The Drew Barrymore Show.

They announced their engagement in 2014, tied the knot that same year and soon revealed they were expecting their first child together. 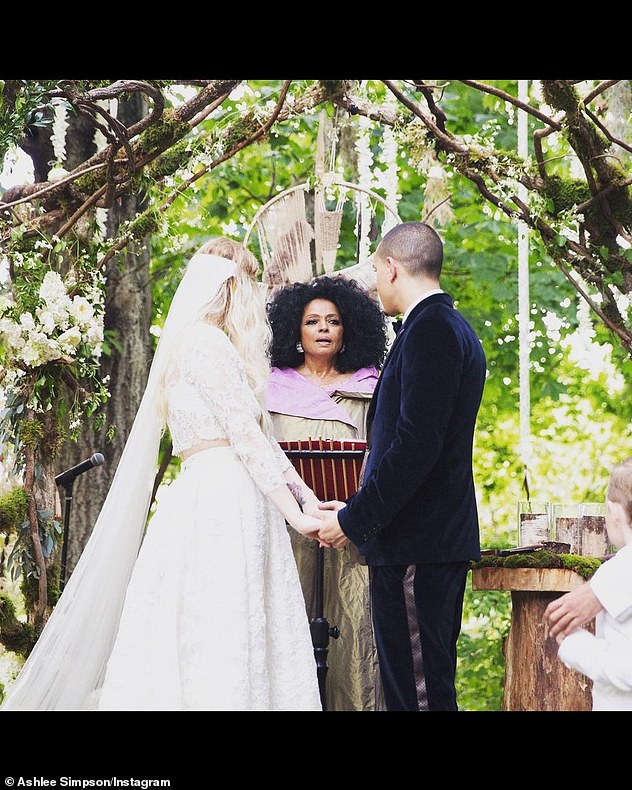 Lucky in love: The couple married in 2014 at the Connecticut estate owned by Evan’s mother, music legend Diana Ross

Drew Barrymore Shares An Inspiring ‘Halloween Miracle’ Story On The…

Minnesota doctor fired for telling officials parents should have the…