Angela Rayner was spotted with a sly cigarette amid tensions at the Labor Party conference after calling senior Tories “racist, homophobic, scum.”

Deputy Labor leader Ms Rayner had refused to apologize for her comments, speaking at an activist reception.

Labor Party leader Sir Keir Starmer distanced himself from Ms Rayner’s comments – which: outraged members of the government, with a minister accusing her of ‘talking about cr**’.

Ms Rayner said she would only apologize if Boris Johnson apologized for previous comments he made “that are homophobic, racist and misogynistic.”

Amid the anger at her statement, Ms Rayner was pictured smoking outside The Brighton Centre, where the Labor conference is being held. 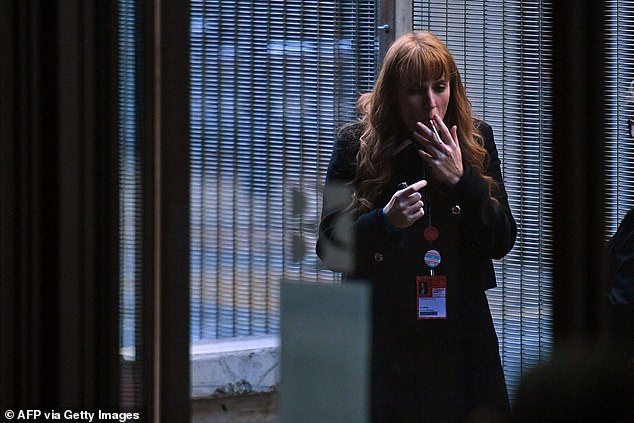 Angela Rayner was spotted with a sly cigarette amid tensions at the Labor Party conference after calling senior Tories ‘racist, homophobic, scum’ 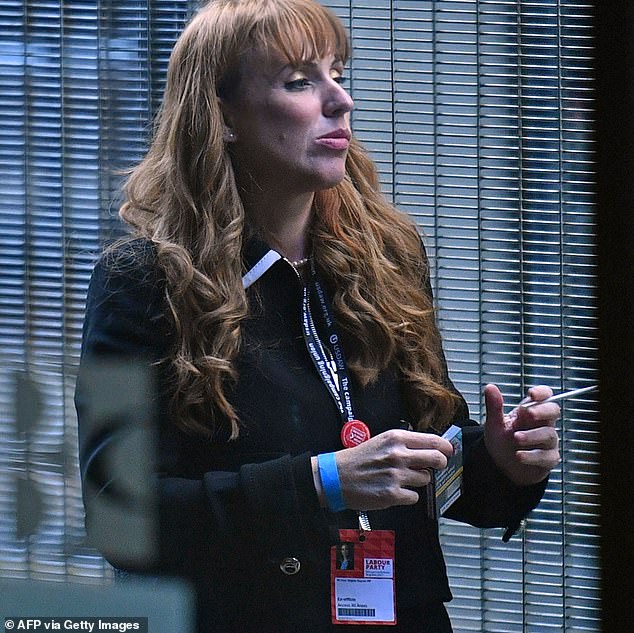 Amid anger at her statement, Ms Rayner was pictured smoking outside The Brighton Centre, where the Labor conference is being held

Sir Keir said he would speak to his deputy, but it was her business whether she apologised.

He told BBC One’s The Andrew Marr Show: ‘Angela and I have different approaches and that’s not a language I would use.’

Ms Rayner said her comments, made at a ‘post-watershed’ reception, were an attempt to convey the ‘anger and frustration’ at Mr Johnson and the cabinet.

“Anyone who leaves kids hungry during a pandemic and can give billions of pounds to their friends on WhatsApp, I think that’s pretty stupid,” she told Sky News.

The Ashton-under-Lyne MP said her attack was made in the “streaky slang” of her northern working-class roots.

In a clear reference to Mr Johnson’s history – including comparing burqa-wearing Muslim women to “letter boxes” – Ms Rayner said she would only apologize if the Prime Minister said sorry too.

The Daily Mirror reported that at the Brighton event on Saturday night, Ms Rayner said: ‘We can’t get any worse than a bunch of scum, homophobic, racist, misogynistic, absolutely mean… banana republic, mean, nasty, Etonian. .. piece of scum.’ 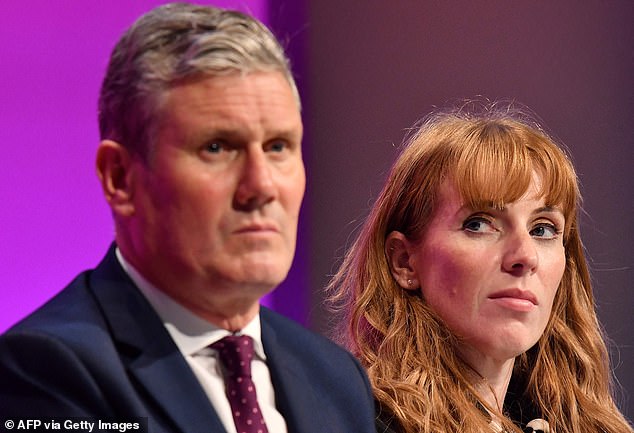 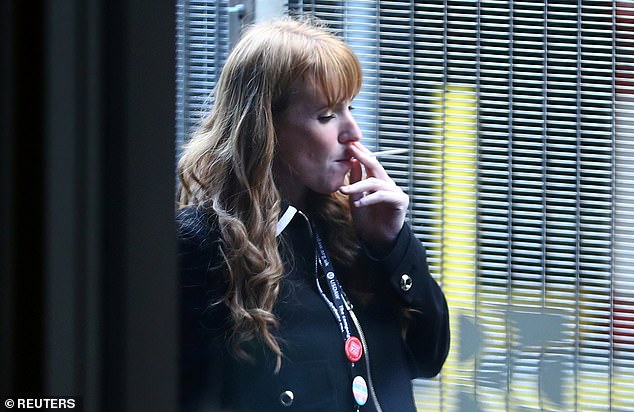 To applause, she added that she had “hold back a bit.”

Conservative Chairman Oliver Dowden said: “At a time when the country is trying to come together to recover from Covid, the last thing we need is the Labor Party deputy leader calling people ‘scum’ and shouting insults.

‘We have to make politics better, not drag it into the gutter. Let’s see if we can get an apology.’

Transport Secretary Grant Shapps said Ms Rayner’s verbal attack was “absolutely appalling” and told Sky News: “There is no place in public life for that kind of language, that kind of behaviour.”

But veteran Tory MP James Gray also opened up conservatives to criticism after suggesting a bomb should be planted in the office of Labor front bencher Anneliese Dodd.

Mr Gray apologized for the “silly comment” he wrote in a WhatsApp group with fellow Tory MPs.

Left-wing Labor veteran John McDonnell defended Ms Rayner, suggesting that she shouldn’t have used the language she did, but that “deep down she expresses the anger that many of us feel.”

The former shadow chancellor told Sky’s Trevor Phillips On Sunday: “We’ve all been there late at night, really upset about what’s going on. What I like about Angie Rayner is that she’s human.”

Current Labor frontbencher Lisa Nandy said it is “completely up to” Ms Rayner whether she apologizes for the comments, but admitted that this is not the kind of language she would use herself.

The shadow secretary of state told Times Radio: “It’s not my favorite choice of words. I’m not very interested in insulting the Tories. I just want to get rid of them.’