AC Milan climbed to the top of the Serie A table with a comfortable 2-0 win over bottom Salernitana on Saturday, thanks to early goals from Franck Kessie and Alexis Saelemaekers.

The Rossoneri dominated at San Siro to take a win that sent them into first place for the time being with 38 points, two more than second-placed Napoli, who will host Atalanta later in the day.

Kessie led a finish in the bottom corner after five minutes and Saelemaekers struck after 18 minutes to give the hosts a comfortable lead. 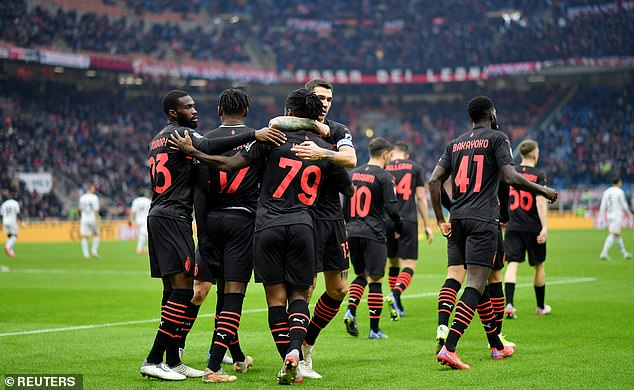 Belgian Saelemaekers showed his support for injured team-mate Simon Kjaer, who was out for six months on Friday after knee surgery, by running to the bench and lifting the Dane’s shirt to celebrate his goal.

With the win, Stefano Pioli’s men also gained four points ahead of reigning Serie A champions Inter Milan, who face Jose Mourinho’s Roma on Saturday night in the Italian capital.